What is a framed television

Looked at: Samsung Frame TV - a television picture frame, like a painting

Do you know the "living" pictures from Harry Potter? Samsung is making it a reality with "Frame TV". The framed televisions are hung on the wall like a picture and look very similar to real works of art. The unusual TV is now available in stores. We took a closer look at Frame TV beforehand. 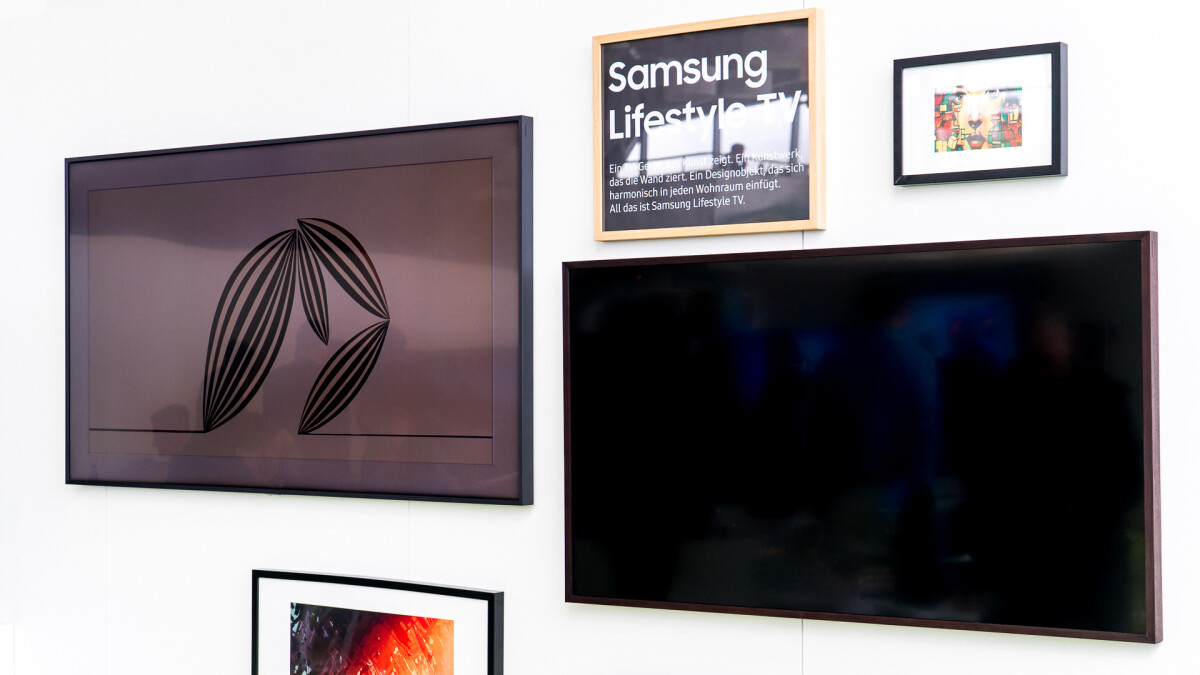 Digital photo frames were still in great demand a few years ago, but the hype has clearly flattened out. With its "Frame TVs", Samsung is now bringing a breath of fresh air to the idea. The South Korean manufacturer presented the models for the first time at the CES in Las Vegas and then in Paris. At the manufacturer's roadshow in Hamburg, we were able to examine Frame TV up close.

In contrast to most other current televisions, apart from expensive models from Loewe, for example, Samsung's Frame TV has a wooden frame. This can be changed so that the TV can be easily adapted to the respective interior style.

Clever: You don't need any tools to change the frame. The individual frame parts adhere magnetically to the TV body. It will be exciting to see which frame colors Samsung will be offering here in the future. A black and a brown frame with a wood look could be seen at the roadshow.

The cable routing is very inconspicuous. The manufacturer also optionally offers an "easel stand" for those who do not want to hang the television on the wall. This was also exhibited at the roadshow and made a good impression.

The "work of art" looks so real

The highlight: Where other televisions simply show a black surface after being switched off, the Samsung Frame TV shows a still image of a work of art. Over 100 motifs are pre-installed, but users can of course also use their own image.

The effect is amazing, but not perfect. The television - Frame TV is probably based on a mid-range model of the Smart TV Series 6 or Series 7 - uses the brightness sensor, for example, so that the picture does not appear too bright or too dark. Of course, the television surface reflects in unfavorable lighting conditions. For this, the impression of standing in front of a painting is reinforced by a displayed passe-partout. There are also various designs to choose from here.

Don't you agree? Are you looking for suitable alternatives? We have an extensive list of Samsung The Frame alternatives for you in our TV & Smart TV overview.