What is the Beechcraft Bonanza A35 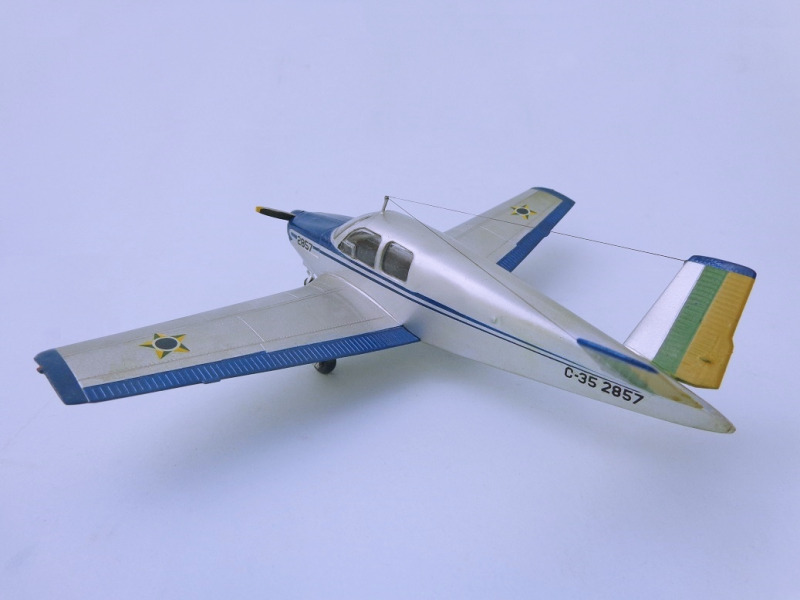 To the role model

The single-engine bonanza was one of the first private aircraft in the world. The V-shaped tailplane was innovative, an experiment the Germans carried out during World War II to reduce air resistance. The test aircraft at the time was a version of the Bf 109, which was designated as the Bf 109 G-0. The Bonanza with V-tail made its maiden flight on November 22, 1945, and in 1947 it went into production. It soon aroused the interest of private pilots in the US and the rest of the world. 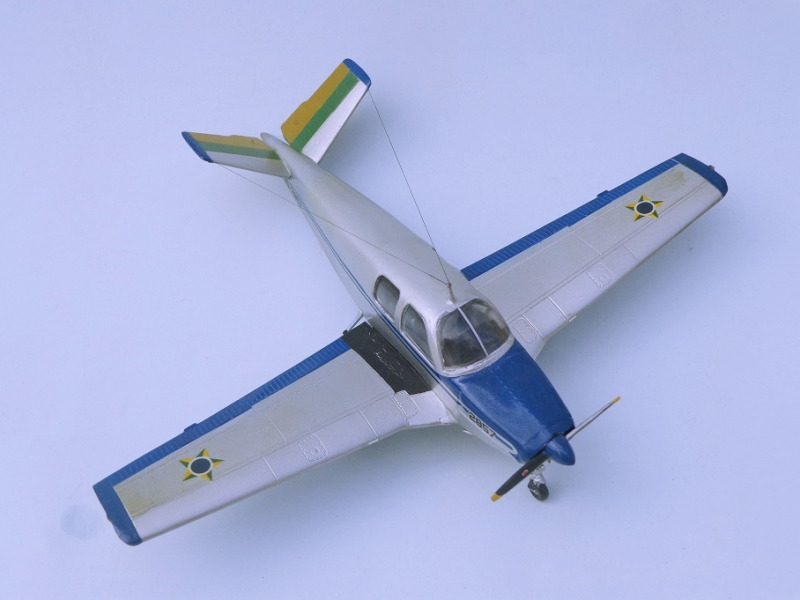 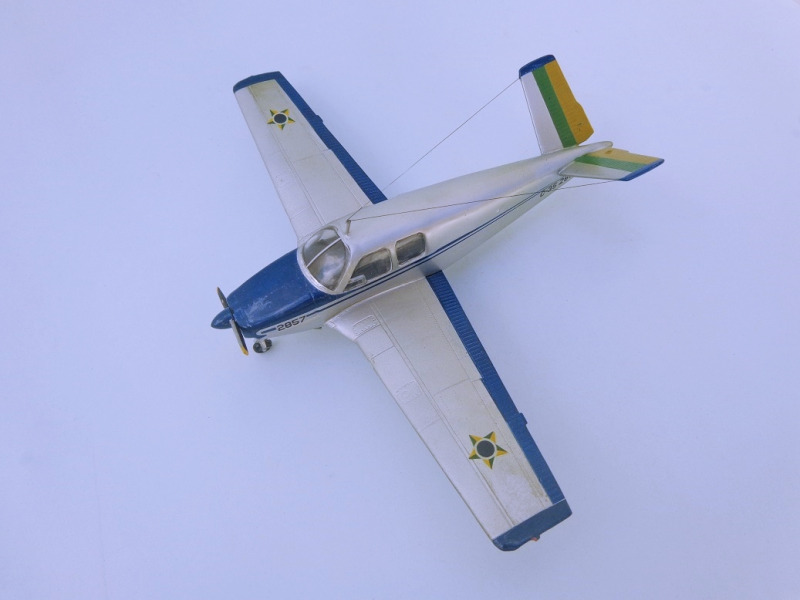 Designated as Type 35, it was delivered in natural aluminum with decorations in blue or red. In Brazil, the Bonanza with V-tail was used not only in civil but also in the military sector by the Brazilian Air Force (FAB). In 1950, five machines were purchased that were in service until 1960. They had the designations C-35 and UC-35 with registrations from 2857 to -61. 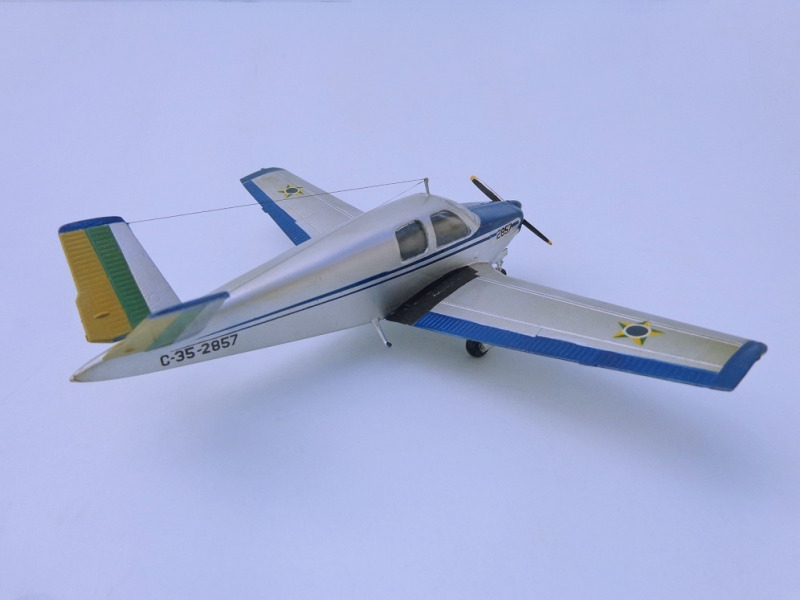 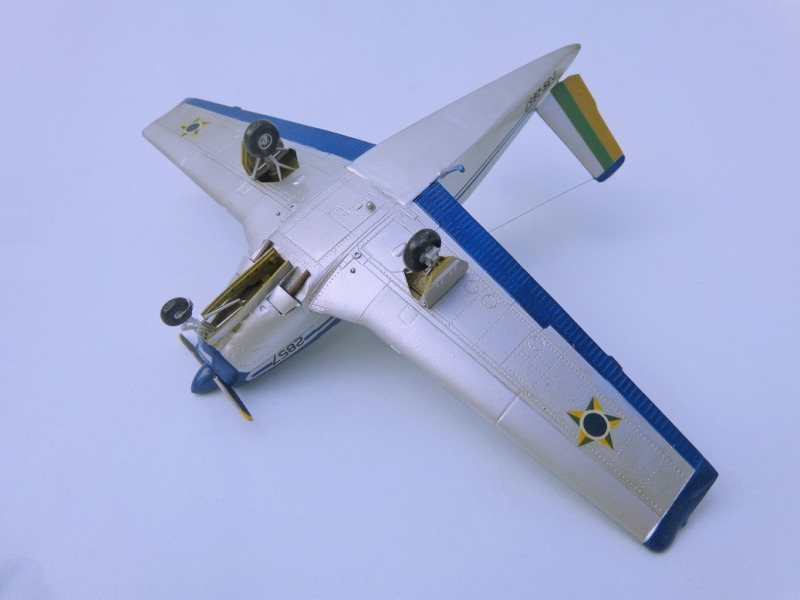 This is a good kit from the South Korean manufacturer Minicraft, which is on the market as the V35A. I've made the changes necessary to make an A35 out of it, and locked the third side window that was missing from this version at the time. In order not to get a tail sitter, I built in a bow weight. 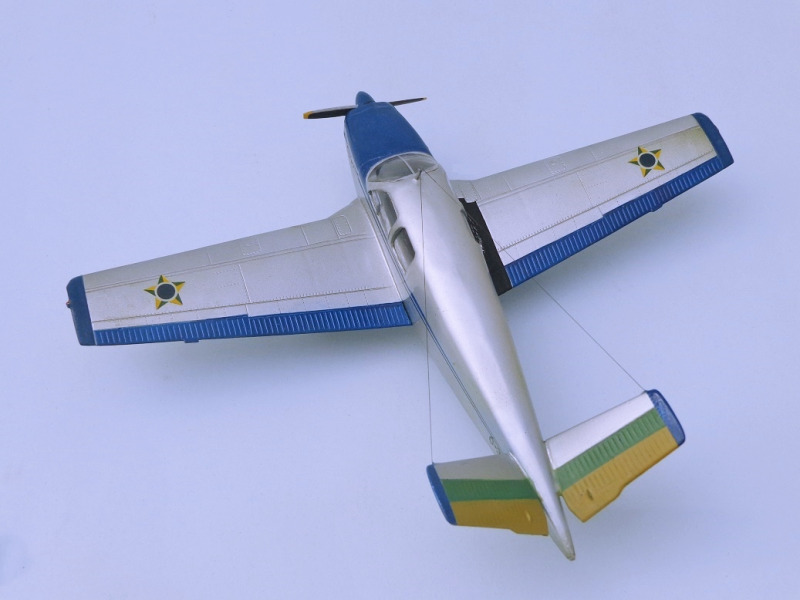 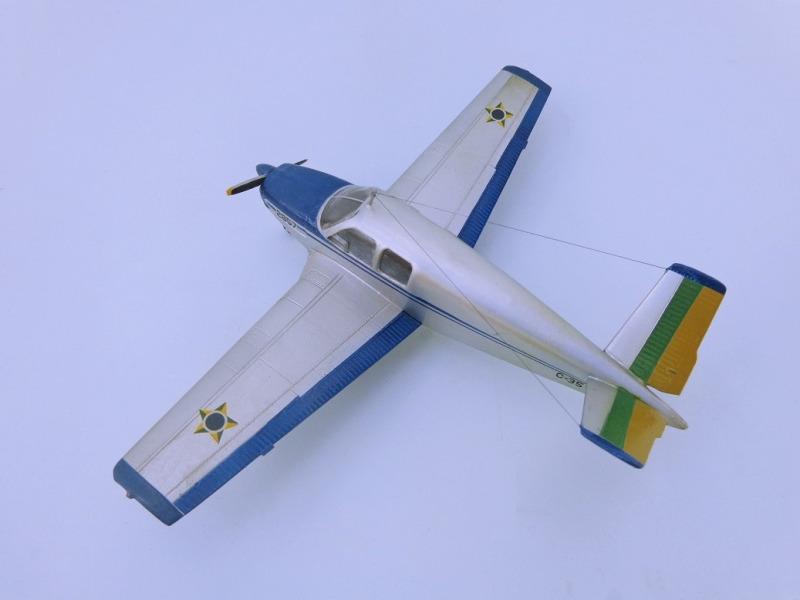 I chose the Brazilian Air Force version. Here the color scheme of the civilian version was largely retained: aluminum over everything with blue decorative ribbons, plus the tip of the rudder, the top of the hood, the spinner, the flaps and the ailerons also in blue. Only the national emblems on the wings were added and the oars painted green and yellow. My model has the registration number 2857. 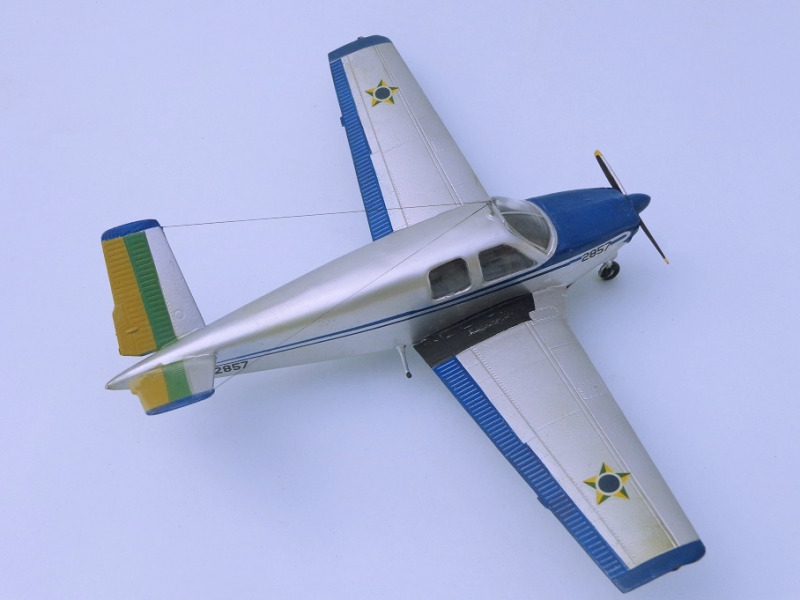