Why are anecdotes so compelling

An apple detaches itself from the branch and falls to the ground, a snake bites its tail: these are pictures that two scientists have packed into little stories to tell of their research. The apple introduced Isaac Newton to the law of gravity. August Kekulé was brought to the explanation for the structural formula of benzene by the snake in a dream. These two science anecdotes are real classics. But what effect do little stories have from a psychological point of view?

We are interested in anecdotes. We remember them better than mere facts. And they can be damn convincing. This has been proven by studies that will be discussed here in a moment. But let's get closer to this particular genre first. The first to write anecdotes under this name was the Greek historian Prokopios (c. 500-562 AD). In his book "Anekdota" he revealed stories about the ruler that had been kept secret until then after the death of Emperor Justinian.1 According to its name, the anecdote promises something “unpublished”.2 In the 18th century in particular, revelatory narratives were booming and by the 20th century they were read in many countries.3 Their brevity went well with the growing need to consume literature quickly. But how relevant is the genre for science communication today? We asked some people in Berlin-Mitte whether they spontaneously had anecdotes from science ready.

In fact, in the street poll, some people were able to tell little stories about science, some of which have lasted for centuries. In addition, there were anecdotes par excellence: a well-known personality, or even a society, time, etc. is sketched by a characteristic situation. In this case, people pointedly have such a "small event of particular impact"4 told about researchers. In a humorous tone and at a fast pace, their stories aimed at the unexpected end. In this way they convey meaningful material that contains a moral or conveys knowledge. Anecdotes speak to many people in their own way.

The anecdote makes us break with our attitudes

If a person tries to convince another, he sends him a "persuasive" message. He tries to persuade him to change his mind. Anecdotes are a powerful tool in this, as science has found. Researchers examined the seductive power of anecdotal storytelling, for example, in those moments when we have to decide on a medical treatment method, when someone wants to encourage us to adopt a healthier way of life, or when we are confronted with a social problem.

Michael D. Slater of Ohio State University and Donna Rouner of Colorado State University examined how we process messages that affect our core values. They looked at reactions to alcohol education messages in the context of their own attitudes towards alcohol consumption.5 They had their subjects - in this case students - read messages like: "Alcohol does harm." Some of the messages were supplemented with figures from government organizations or from scientific sources, others with an anecdote about the destructive influence of alcohol on a student's life . The information was presented as an alleged article by a journalism student.

In their study, Slater and Rouner first recorded the attitudes of the students towards the consumption of alcohol with which they entered the experiment. And how much they felt addressed by the topic. The researchers not only wanted to find out whether their attitudes changed after reading the message, but also how they came to this conviction.

To find out, the test subjects should write down their thoughts on each passage they read. At this point, a little background knowledge from persuasion research - that is, research into persuasion - is necessary: ​​The so-called elaboration likelihood model (ELM), developed by social psychologists John Cacioppo and Richard Petty, counts as the “gold standard”.6 They assume that we can be convinced in two ways: on a central or a peripheral route of cognitive processing. The central path is characterized by the fact that we are motivated to deal intensively with the arguments of our counterpart. The peripheral route, on the other hand, is a kind of savings mechanism. We take them when the topic is not that important to us. Then we pay attention to completely different parts of the message. For example, we tend to simply believe attractive people who speak in a comfortable voice and are also considered experts. So much for the theory, if we didn't have an opinion on a topic.

However, if we have already dealt intensively with a question of conviction and formed a solid opinion, we respond to attempts to convince with a distorted processing. Students who like to drink a lot of alcohol themselves try to defend their core values. They spend a lot of cognitive energy selectively listening to the points with which they can justify themselves. Remarkably, they then jump on peripheral stimuli, even though they deal intensively with the arguments. And this is where the anecdote comes in again. Those students who felt somewhat offended by the anti-alcohol message were most likely to be convinced by anecdotal evidence that alcohol is harmful. On the other hand, they completely refused to face facts and figures. The test persons rated the anecdotal messages as more convincing, more believable and better written.

The anecdote can therefore be a gateway to an otherwise very resistant audience, concluded Slater and Rouner. Students who, on the other hand, were averse to alcohol even before the experiment felt that the statistics confirmed them. And did not let anecdotes wrap around your finger.

Angela Fagerlin and colleagues at the University of Michigan started a study in 2005 to find out whether statistics could break the persuasiveness of anecdotes.7 The test subjects were asked to imagine having angina pectoris - commonly known as chest tightness. Then you should choose between two treatment options. These differed by a full 25 percentage points in terms of their healing rate. In addition to the facts and figures, they were given anecdotes to read about the success or failure of the respective therapies in invented people. In some cases the anecdotes corresponded to the real recovery rate, in others they deviated from it. Over half of the patients who were only given the statistics to read opted for the more rationally effective method. If appropriate anecdotes were told in addition to the statistics, less than half made rational decisions. While the negative experience reports outweighed the majority, only one in five made a rational decision.

In some questionnaires, a final quiz even ensured that the test subjects had internalized the numbers - but the anecdotes were convincing nonetheless. Fagerlin and her team cited several explanations for this: We are more likely to identify with a person from an anecdote than with an average statistical person. The little stories also present us with a clear outcome: cured or not. Percentages and sample sizes, on the other hand, remain too abstract for many of us.

The temptation to deduce the whole from the individual case

Do we infer society as a whole from the individual cases described in anecdotes? Yes. Jeffrey Strange from the University of Pennsylvania and Cynthia Leung from Columbia University gave the answer in their 1999 study.8 The subject of the experiment: The high number of early school leavers in the USA. Two short stories described either the catastrophic conditions at a young person's school or their emotional problems. And indeed, the anecdote influenced, among other things, the test subjects' judgment of the causes of the school dropout problem: Depending on what they read, schools were perceived as poor learning environments, teachers as incompetent, or the average American youth as emotionally unstable. And that even if, according to the previous questionnaire, the basic attitude of the test persons was actually different. The researchers concluded that the anecdotes function as vehicles for drawing our attention to specific, situational causes of the problem. Anecdotes even influence our assessment of society as a whole. The persuasiveness of anecdotes has therefore been scientifically proven for different areas of life. But do they convey knowledge in such a way that we are interested and we better keep the facts? 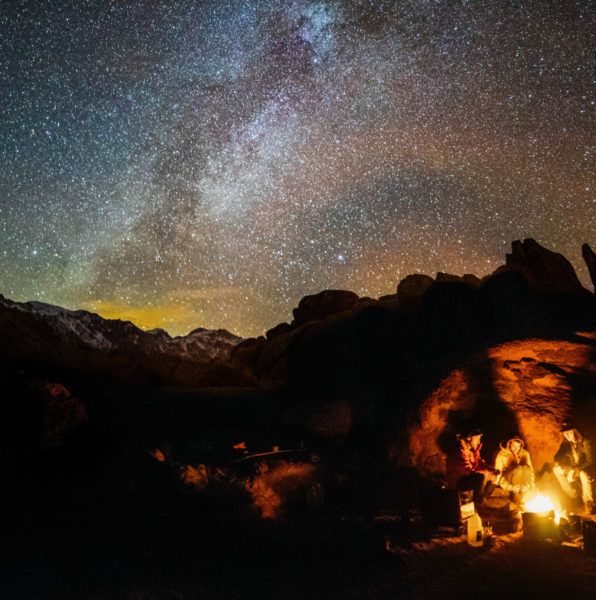 Big and small storiesAll articles on the focus
Suzanne Hidi and William Baird examined the anecdote as an attention-grabbing element in teaching texts for primary school children. They found that the little stories are often used in school books as a rhetorical strategy to arouse children's interest in the material. And the researchers were able to confirm that this also works.9 The primary school students surveyed found only the anecdotes in the texts interesting. Remarkably, they also gave the feedback that they found their content to be unimportant. In another study by the research duo, fourth and sixth graders were asked to write down everything they had remembered from a text they had read.10 It turned out that they had primarily memorized the specific content told. The more abstract, scientific information, on the other hand, was mostly not stuck. Hidi and Baird thus showed that the little stories, as interesting as they may be, can even interfere with the learning of certain information.

Let's summarize: Anecdotes can be very interesting and very convincing in the right context, but they can also distract from the essentials. It probably depends on how the little stories are used. You have the power to get people excited about a research topic. And they go well with reading behavior that is characterized by ever shorter attention spans. Above all, however, anecdotes like that of Newton and Kekulé make great researchers more accessible to us. Theoretically, the falling apple and the snake in a dream could have given all of us such brilliant ideas ...