Which really are the best movie songs of all time is debatable. And so Celine Dion's “My Heart Will Go On” is too cheesy for many, as is Elton John's “Can You Feel The Love Tonight” from The Lion King or “Let It Go” from the film Frozen, sung by Idina Menzel. For a comprehensive knowledge of music, however, it is worth knowing all the famous film songs. And to think about what makes good movie songs. Here comes the extensive list of the (commercially) best movie songs of all time. 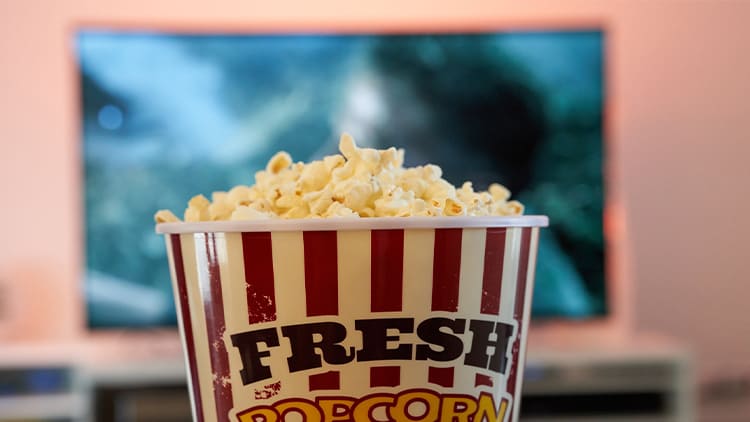 The best movie songs of all time - the most famous movie hits and classics that you should know. 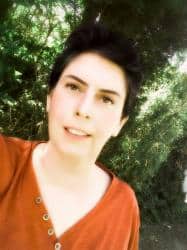 The songs from Disney films are more likely to be hits because they appeal to a very wide audience, namely children and their parents, and because they are composed especially catchy and harmonious.

But there are always surprises and less well-behaved, family-friendly songs that become famous. Often it is just the movie scene that made a song a hit again, like "You Never Can Tell" by Chuck Berry. The bizarre dance scene with John Travolta and Uma Thurman in Pulp Fiction made it a cult hit.

So it's not always the songs that everyone likes straight away, but it's often the magic of an entire film, story, or often just this single scene in which the song is played. With movie songs, more senses are addressed than with songs that you just hear or watch the video for. Therefore, for many people, these hits are arrested with more emotions and seem “bigger” than normal hits.

Film music is generally composed and arranged much more dramatically, there is literally no sparing on timpani and trumpets! In the 50s and 60s it was particularly the violins that weren't saved on, which sounds cheesy to us today. In general, people like to use an entire symphony orchestra, which is now possible without any effort thanks to the digital possibilities. And so these monumental works have an even stronger effect on our psyche and often accompany us for a lifetime than our favorite songs, which touch us again and again.

And then there are the one-hit wonders such as the song by The Proclaimers "500 Miles" for the film "Benny and Joon" with Johnny Depp. A great hit, but not much has been heard from the talented twins afterwards.

We don't want to create a ranking list in which the numbers measure the value of a song. The best film music usually hits the pulse of the times and does not always remain popular. Many great cinema songs are known to us, but they are rarely played on the radio and do not necessarily appear on playlists. Nevertheless, they are classics in music history that a musician should simply know.

Therefore, such a list of cinema songs and movie songs can only be subject to constant change and finally new titles are added every year. There are also other contenders for a permanent place in such a list through the Netflix series of the modern era.

We are only listing the 10 best-known movie songs at the moment. It doesn't have to stay these 10 - write us your favorites in the comments!

The 10 Most Famous Movie Songs of All Time

1. Celine Dion - My Heart Will Go On from "Titanic" 1997
Some call the song "Schmachtfetzen", for others it is simply the greatest love hymn of our time, associated with a lot of longing and tragedy. It is of course one of the most popular songs for weddings.

2. Judy Garland - Over The Rainbow from "The Wizard of Oz" 1939
A world hit that was beautifully reinterpreted in 1990 by the Hawaiian Israel Kamakawiwo'ole, who died early.

3. Audrey Hepburn - Moonriver from "Breakfast at Tiffanys" 1961
Written especially for the voice of Audrey, who wasn't a singer, the song hit the audience's heart and is still very popular today when it is supposed to be romantic.

4. The Bee Gees - Staying Alive from "Night Fever" 1983
This song is still so popular because it is used by paramedics as a practice song for heart-lung massage. Because the fast rhythm of the song corresponds exactly to the tone that the heart needs to reanimate.

5. America - The Last Unicorn from "The Last Unicorn" 1982
The song is a real hymn and has permanently burned itself into people's hearts, regardless of the film.

6. Whitney Houston - I Will Always Love You from Bodygard 1992
This song is a masterpiece of vocal art and a real measure of how big a voice is. That is why it is often sung in casting programs and so remains in the memory of younger viewers, who have often never seen the film.

7. Will Smith - Men in Black from "Men In Black" 1997
Simply a cool, groovy all time favorite. Fits perfectly with the image of the main actor.

8. Coolio - Gangsta’s Paradise from "Dangerous" 1995
This song may have pioneered the gangsta and hip hop era

10. Lady Gaga and Bradley Cooper - Shallow from "A Star Is Born" 2018
A surprise hit, because Lady Gaga shows her vulnerable, romantic side in this film and has touched many people with it. It is also surprising how fellow actor Cooper was able to keep up vocally.

Long-running favorite: 50 movie songs that you should simply know

The following is a list of songs that almost all of us know. Not everyone loves them, but they have become classics in music and film history. With many of them you don't even know anymore that they are film music. Because many of the films are no longer shown on TV and do not appear in the playlists of the streaming services.
We mostly list the artists and bands here, not always the songwriters. Rather, it helps you to remember which song it is if you've heard the song before but don't know exactly where from.

You probably don't even know many of the older films from which these songs come from if you are younger than 30 years old, like “The Graduate Exam” or “Stand By Me”. But it is often like that: the films are forgotten, but their hits have become classics.

James Bond songs always have a good chance of becoming real long-time favorites, but not all of them make it. Here we have listed “Goldfinger”, “View To Kill” and “Skyfall” as top hits. But actually you know a lot of the Bond songs and like to hear them again and again like “Another Way To Die” from 2008, “Nobody Does It Better” from 1977 or “Diamonds Are Forever” from 1971.

The current James Bond song by Billie Eilish also has the best chance of becoming a classic. The James Bond theme has never been sung in such a fragile, fragile voice. It stands in contrast to the loud, powerful voices of Shirley Bassey, Adele or Carly Simon, but every note casts a spell over you and lets us see James Bond in a completely different light.

What makes a good movie song?

A movie song has to have a good dose of drama and dynamism. The best examples are the James Bond songs and the Disney good mood songs. They either express a very specific emotion: drama and tragedy, lust for dance and good mood, or they reflect the great storms and battles of life and humanity like "1492 Conquest of Paradise" by Vangelis.

There are a surprising number of good movie hits. But you don't have to be surprised at all, because mostly you only allow professionals here, like the German Hans Zimmer. Nothing is left to chance, because perfect background music is crucial for the success of a film. Often, however, songs are simply lucky enough to be selected for a film scene and are thus breathed new life. That was the case with the world classic "As Time Goes By" from Casablanca. The song was composed in 1931 and only became such a great success 10 years later because of the film scene with Ingrid Bergmann and Humphrey Bogart.

We hope you enjoy our playlist! If you are missing a song, please write it to us in the comment field.