How are 12-digit phone numbers possible 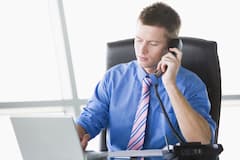 This is how phone numbers are spelled correctly in letters and emails
Image: Monkey Business - Fotolia.com In letterheads, on business cards and in e-mail signatures, several telephone numbers are listed not only for business contacts, but also increasingly for private consumers: landline, mobile phone and possibly also fax numbers. But how should you write and format these many numbers correctly: With spaces in between? Or with a hyphen? Does the area code come in brackets? And how are international phone numbers formatted correctly?

In the private sector, everyone can write the phone number however they want, but when it comes to business communication it is worthwhile to ensure a uniform and professional appearance. This makes a good impression, especially when you apply. It's hard to believe - there are national and international standards even for the correct spelling of telephone numbers. We present the most important regulations.

In Germany, the good old German Institute for Standardization (DIN) not only deals with the dimensions of paper formats and other things, but even with the correct spelling of telephone numbers. The first regulations for business letters existed as early as 1928. In 1949, the revised standards were then bundled in DIN 5008, which can be purchased for a fee or viewed in libraries.

According to DIN 5008, the area code is separated from the phone number by spaces, for example 089 1234567. The phone number itself is not further subdivided by spaces or other characters. Only the extension number for a telephone system is separated by a hyphen without spaces, so: 089 12345-678.

Exactly the same notation is used for cell phone and fax numbers as for landline numbers. In the international format, the country code begins with the plus sign and is also separated from the area code without zero with a space. 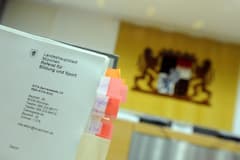 Telephone numbers in official letters in this country are based on DIN 5008
Image: dpa International telephone numbers should be written as follows: +49 171 1234567 or +49 89 12345-678. Special numbers are a special form, because here a digit sometimes differentiates between the actual area code and the tariff of the number. This number is also separated by a space before and after it, i.e. 0180 5 123456.

Because with a national number, not all number components always have to be dialed. If you live in Munich, you do not have to dial the area code 089, which is also separated from the phone number in E.123 by a space. Therefore, according to this guideline, it is also put in brackets, ie (089) 1234567. The basic notation for international phone numbers is as in DIN 5008, ie +49 89 1234567.

This is how phone numbers are spelled correctly in letters and emails
Image: Monkey Business - Fotolia.com Microsoft has created a canonical address format for telephone numbers for the Windows Server telephony API. As a result, the telephony API (TAPI) should be able to explicitly recognize the components of a telephone number and translate them according to the dialing rules applicable to a country or region. If a computer does not dial a number correctly, the number should be saved in this canonical format in the address book.

With the canonical address format, the plus sign and country code must always be entered, regardless of whether the number is domiciled in Germany or abroad. Microsoft recommends separating the area code from the phone number and country code with a space and also putting it in brackets, i.e. +49 (89) 1234567.

Microsoft does not provide any specifications for the subdivision of phone number and extension, but writes: "Formatting characters in the subscriber number are usually spaces, periods and hyphens. Phone numbers can be displayed legibly using formatting characters. TAPI does not recognize these characters are taken into account and therefore do not affect the dialing process. "

RFC 3966 and recommendation of the Duden editorial team

Documents for the technical standardization of the Internet are often formulated as RFCs; the Internet Society (ISOC) is responsible for the final design of the RFCs. In 2004 the RFC 3966 "The tel URI for Telephone Numbers" was published. URI is the abbreviation for "Uniform Resource Identifier", ie the uniform designation for a resource on the Internet, in this case a telephone number.

The RFC 3966 defines the display of a telephone number on the Internet, for example on a website, so that the number can be dialed directly, for example by SIP software. To do this, the numbers must be displayed either in the national variant or in the international variant with a plus sign and country code, whereby RFC 3966 always recommends the international variant to avoid misunderstandings. When displaying the number on a website, separators can be used, but in the technical implementation it must be ensured that the separators are not taken into account when dialing the number. In the further course of the document, the hyphen is used as a separator, i.e. + 49-89-1234567.

The Duden as a benchmark for German spelling also deals with the correct spelling of digits. Whole numbers consisting of more than three digits can, according to the Duden 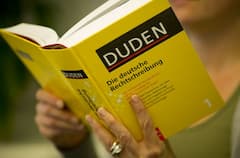 The Duden editorial team also gives recommendations on how to write numbers
Image: dpa can be divided into three-digit groups starting from the last digit using spaces. This is used, for example, when specifying amounts of money. For numbers that represent a number, other groupings than the three-part structure are also used. For the spelling of telephone numbers, the Duden recommends separating the area code and telephone number with a space, i.e. 089 1234567.

Microsoft's canonical address format and RFC 3966 are not intended for letter or business communication. This is more about ensuring that telephone numbers from technical systems can be dialed correctly from or from the Internet. These spellings are therefore more recommended for address books of telephone systems, SIP servers or on websites.

In another article we will explain which country codes are available and what the plus sign in front of international numbers is all about.