The Minoans were black 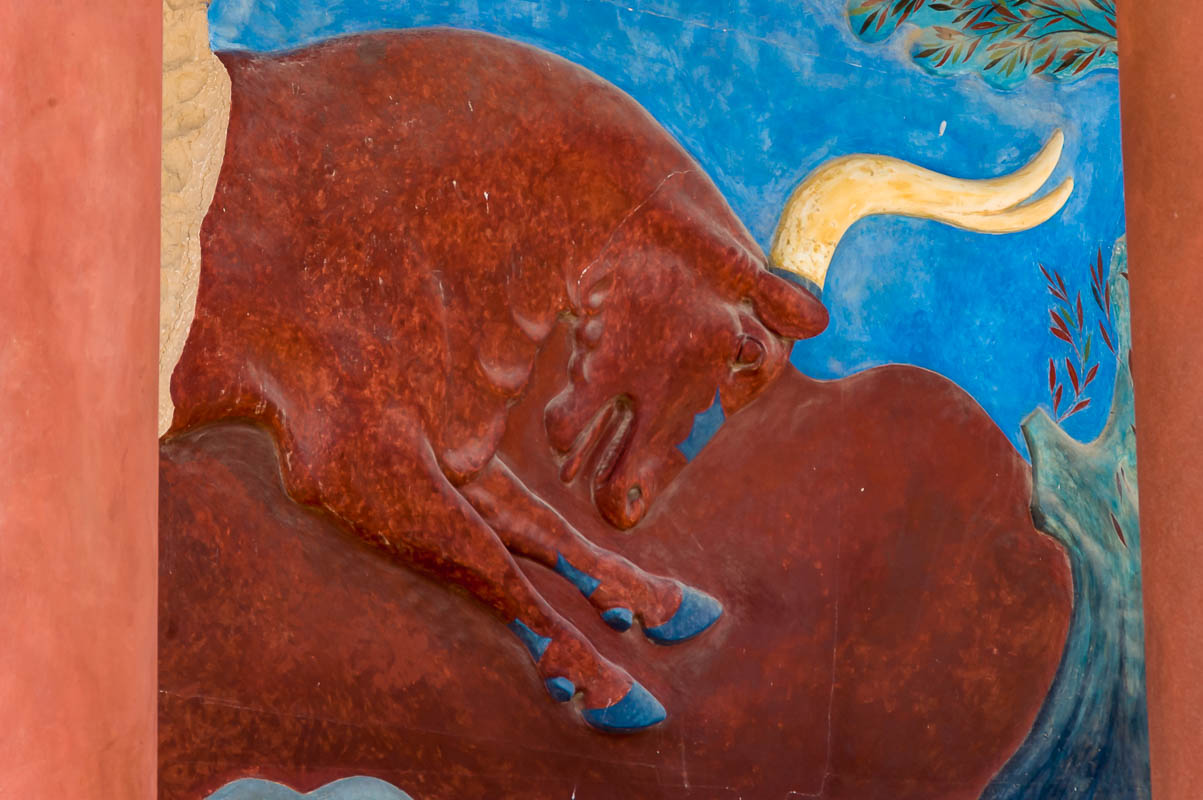 A bull often appears on the Minoan wall paintings, as here on the northwest portico in Knossos

In the treasure trove of myths transmitted by ancient Greek writers, Crete plays a prominent role. Even if these myths exist in different versions, a common core of the story can be identified.

Let's start with Uranus, who was emasculated with a sickle by his own son Kronos. On his deathbed he prophesied the same fate for his son, namely that he would be ousted by one of his sons. Then Kronos devoured all of his wife Rea's children.

When Rea was pregnant again, she secretly went to Crete and gave birth to her son Zeus in the Diktaean cave on the Lassíthobene. The baby was raised with the help of nymphs, and the milk of the Cretan wild goat and honey served as food. After a few weeks, the baby was taken to the Ida Mountains, where curetes with shields and swords made a loud roar to drown out the little one's screaming. Meanwhile, Rea had wrapped a stone in handkerchiefs instead of the baby, which Kronos swallowed instead of the child.

When Zeus grew up, he succeeded in sneaking into the surroundings of his father Kronos and giving him mustard in the wine. He then vomited and vomited the brothers and sisters of Zeus, Hestia, Hera, Hades, Demeter and Poseidon. Together they killed their father and Zeus rose to be the master of heaven. 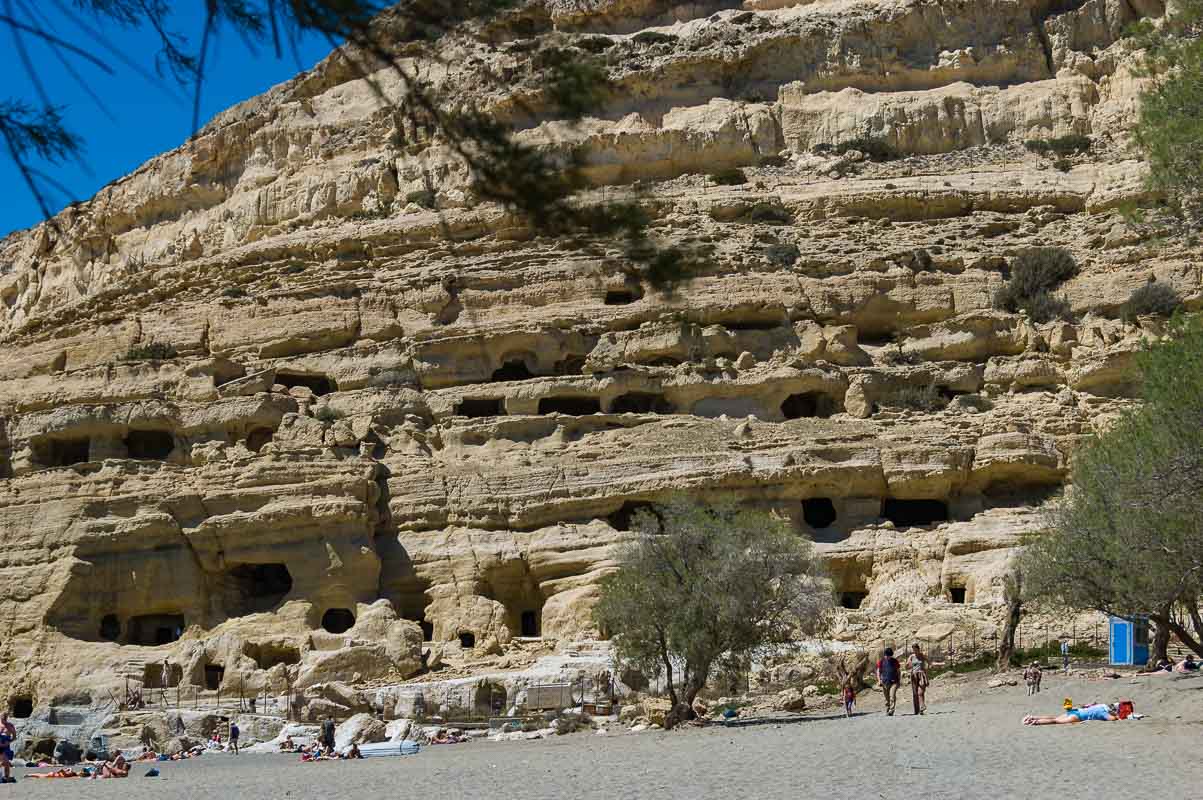 Matala, where the myth according to Zeus went ashore

Zeus often fell in love with different women and girls at a young age. When Europa, the daughter of the King of Phenicia, played on the beach, he turned into a bull, which Europa mounted because of his trustworthiness. The bull plunged into the floods and carried Europe off to Crete, where it went ashore at Mátala. Under the evergreen plane tree of Górtys, he raped the kidnapped woman. Europe gave birth to three sons: Minos, Rhadamanthys and Sarpedon. Minos went down in tradition as King of Crete.

Angry about a disgrace inflicted on him by Minos, Poseidon, the god of the sea, led Minos' wife Pasiphae to surrender to a bull. From this connection came the Minotaur, a being, half human, half bull, which Minos had hidden in a large labyrinth built by Daedalus. Athens, which had to pay tribute, had to send 7 noble youths and 7 virgins every three years, who were presented to the Minotaur to eat. When the tribute was due again, the courageous prince Theseus voluntarily joined this group to kill the monster. Ariadne, daughter of Minos, fell in love with the arrived Theseus and gave him the famous thread of Ariadne with whose help Theseus found his way back out of the labyrinth after he had killed the Minotaur. But the courageous Theseus had to leave Ariadne behind on Naxos on his way back, as she was consecrated to the god Dionysus. In his grief the young hero forgot to gather up the black sails on his return home, as agreed. When King Ageus saw these signs of mourning from afar, he also believed his son dead and, out of sorrow, threw himself into the sea, which has since been called the Aegean.

Daedalus, who had helped Pasiphae, had fallen out of favor with Minos and was not allowed to leave the island. But the skilled craftsman built wings for himself and his son out of feathers and wax, with the help of which they rose into the sky. With impetuous recklessness, Icarus came too close to the sky, the wax dissolved in the heat and he fell into the sea, since then called the Icarian. But Daedalus was able to flee to Sicily. When Minos pursued him there he was killed.
<?