What are your problems with america

Many African Americans in the US don't believe that they are important and that they can make their dreams come true, because the mass protests by people of all skin colors are about more than police violence. It is also about eliminating racism and the resulting social inequality.

But shouldn't the centuries of discrimination have been overcome by now? Since the Civil Rights Act of 1964, black Americans have enjoyed equal rights and "racial segregation" is illegal. Many so-called affirmative action programs were designed to compensate for the disadvantages faced by African Americans, for example by reserving places for them at university. But to this day, the white majority population is on average more affluent, more educated and healthier.

For the past decade, the median income of the African American population in the United States was 20 to 25 percent lower than that of white Americans. And that's not because of some super-rich like the multi-billionaires Bill Gates or Jeff Bezos. Because what is measured here, with the so-called median income, is how many households are above or below the mean income level. 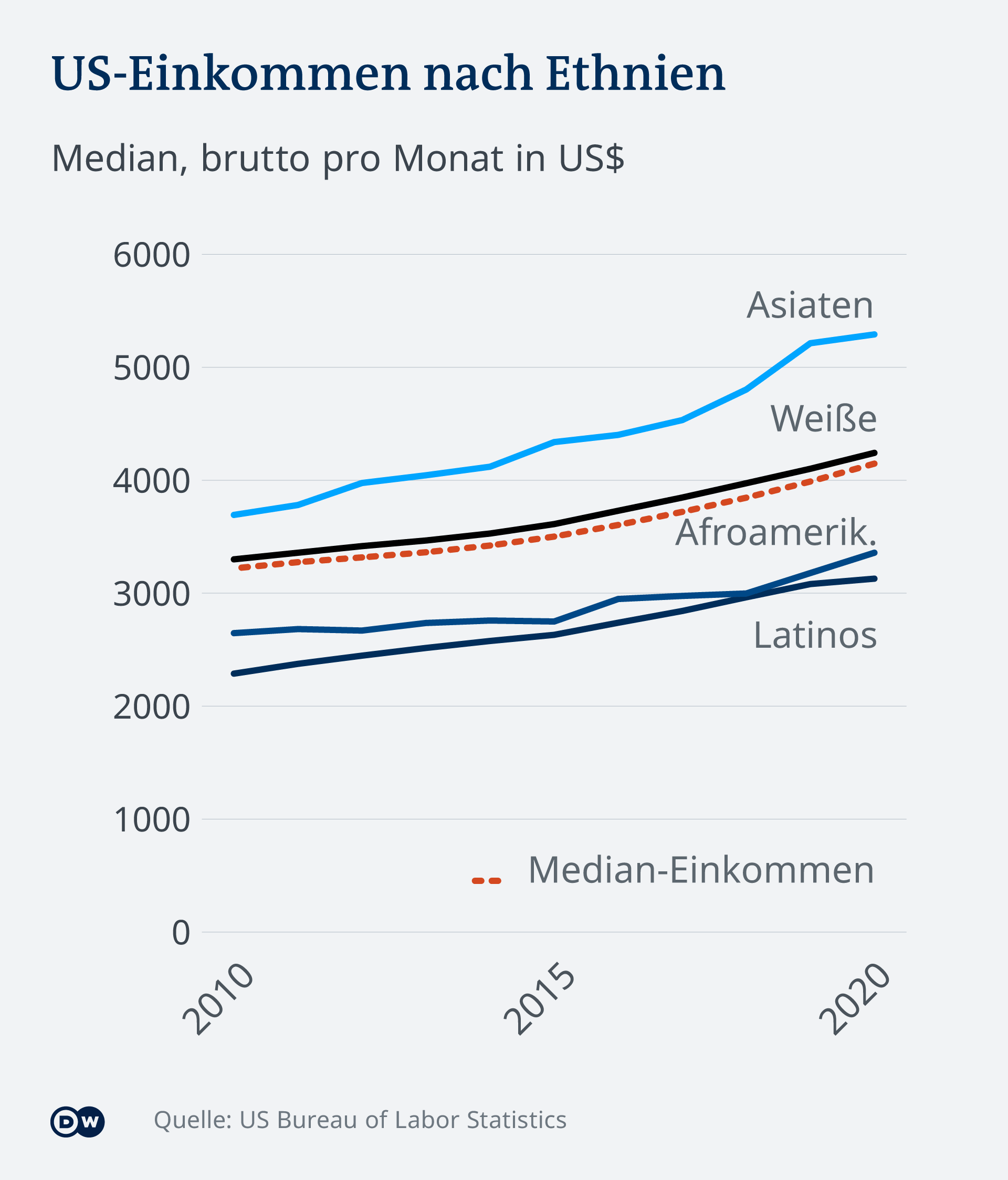 And only a few blacks from poor families manage to escape this situation: Afro-Americans, whose parents belong to the bottom fifth of the income scale, only rise to a higher income group half as often as white children, according to a study by the Brookings Institution. Why is that when there is officially no legal disadvantage?

"There are a number of laws and legal practices that have more negative effects for African Americans than for other sections of the population," says Christian Lammert, political scientist at the John F. Kennedy Institute at Freie Universität Berlin. "This includes law enforcement, education and health care."

This structural racism has a long tradition in the USA, said Lammert. When the government introduced social security in 1935, it excluded farm workers, domestic workers and casual workers, among others - low-income professions in which blacks were disproportionately represented. 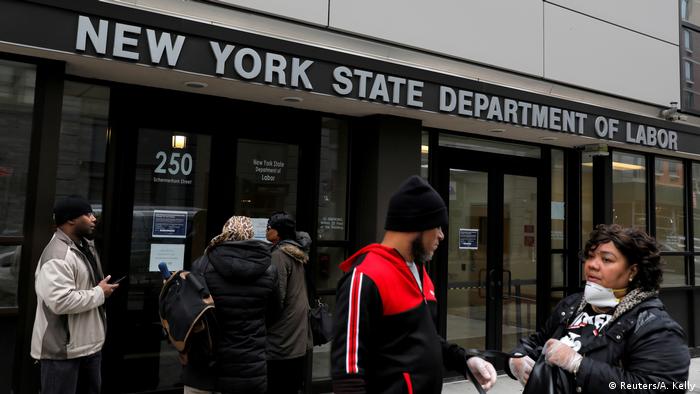 Lammert cites drug policy as a current example: "Offenses in connection with drugs, which are mainly consumed by black people, are punished much more severely than is the case with designer drugs, as they are mainly consumed on Wall Street." This is an important reason why blacks are three times more likely to end up in prison than whites - which has an impact on educational opportunities and career advancement.

The situation is similar in health policy: there is no general health insurance in the USA. Only those who earn well or have an employer who pays them also have health insurance. In 2018, according to a study by the Kaiser Family Foundation, 11.5 percent of African Americans had no health insurance, but only 7.5 percent of white Americans. In addition, the US healthcare system is one of the most expensive in the world. Up to two-thirds of personal bankruptcies in the United States are a result of healthcare spending, and this again affects black Americans more often than whites. Even if "racial segregation" is officially banned, it actually persists in many places: Afro-Americans still often live in Afro-American communities and whites in whites. "Health care in the black communities is much worse than in predominantly white-populated areas," explains Lammert. The situation is similar with schools: "The bottom line is that the quality of schools in black quarters is much worse than in white. The same applies to blacks' chances in the job market." The cat bites its tail - the income differences between the ethnic groups of the USA are cause and effect at the same time, they continue.

But place of residence, health and education are also connected in other ways, says Lammert: "Blacks often live in areas with high air pollution, where they can also buy less healthy food. They then often eat frozen fast food." This is a major reason why they are more often affected by chronic diseases. African American adults are almost twice as likely to have diabetes as white adults. Acquired form type 2 - about 95 percent of diabetics have it - usually arises as a result of improper nutrition and occurs more in the less educated.

The poorer average health is also reflected in a lower life expectancy: According to official figures from the National Center for Health Statistics, it is currently almost four years below that of whites for African Americans. This can also be seen in the fact that a disproportionately high number of African Americans are dying in the COVID-19 pandemic - due to their poorer health as well as the poor health care in their neighborhoods - or because they simply cannot afford to stay away from their jobs.