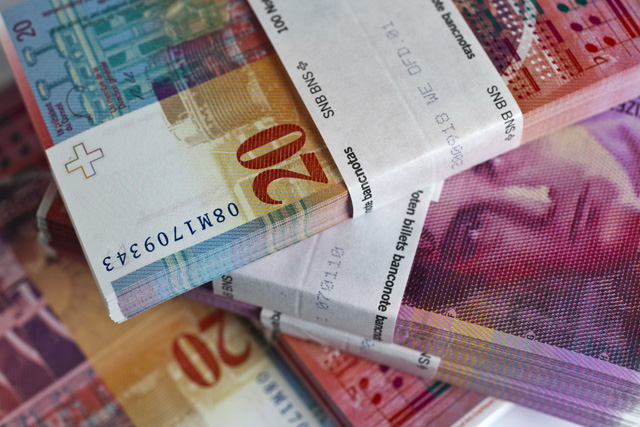 A falling price level in a deflation actually means that even cash increases in value and thus bears interest to a certain extent under the mattress: freshly printed 20-franc notes from the Swiss National Bank. Photo: Martin Rütschi (Keystone)

It was not long ago that inflation was considered a great evil around the world and that it should be prevented. Now everyone would like more of it. Trying to explain.

In the euro zone, the USA, Switzerland and for a long time in Japan, economic politicians and above all the central banks are plagued by one concern: inflation is too low - too low compared to the set inflation target of 2 percent. Inflation stands for the devaluation of money or - viewed from the goods side - for the increase in the price level measured as a percentage of the previous year. The following interactive graphic shows the inflation development since the 1980s for the countries mentioned; the data on the euro zone start with 1992.

How in the world can anyone see a disadvantage when inflation is low? If you look at the graph, it becomes clear that inflation rates were still much higher at the beginning of the 1980s. At that time it was clear: This inflation had to be combated - and we succeeded.

The recent past always has a particularly strong influence on current thinking. For this reason alone, the idea that a little more inflation might be something desirable seems downright absurd to many. A look at history could at least teach us that things have already been seen differently - for example during the Great Depression in the USA, as the following video shows, which practically advocated more inflation as a solution to the current problems at the time:

Nevertheless it does not happen individual point of view It is difficult to see what could be good about it if the goods cost more and the own Purchasing power is falling. From this point of view one would have to assume that the opposite should be true.

The key is that low inflation or even deflation (a falling price level) can still have serious disadvantages in its further consequences. These disadvantages have often been a topic on this blog in specific contexts (for example here, here, here or here) - today it should be a general summary of the most important points: 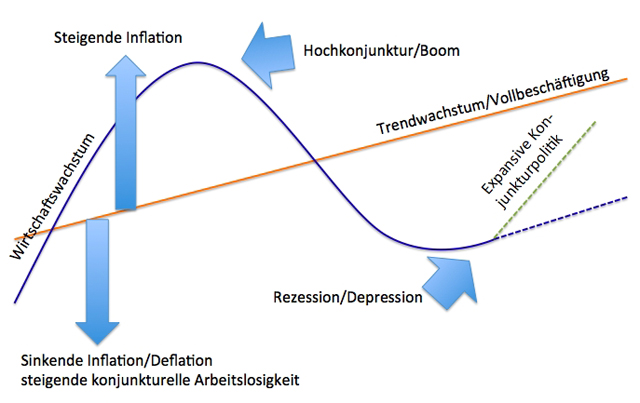 The above by no means leads to the conclusion: the more inflation, the better.

A central problem for every central bank is to “anchor” inflation expectations, that is, to fix them through their credibility. Because it is the expectations of future inflation among the general population that lead to price adjustments by companies and to corresponding wage demands and offers. In other words, expectations about inflation developments have the greatest influence on how high they actually turn out to be. If the central bank is believed that it can and will stabilize inflation at a fixed level, then inflation will level off there too. More on this topic here.

In addition, falling below the inflation target also undermines credibility. If inflation expectations adjust downwards, real interest rates rise, as mentioned above, and with them the costs for debt servicing and investments even before deflation occurs, and the ability of a central bank to react become increasingly weaker. 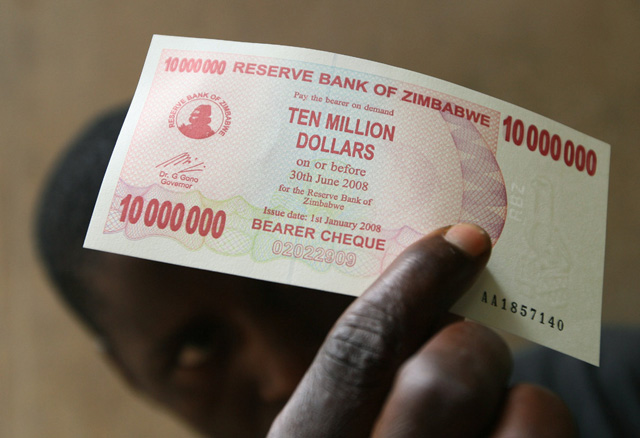 The example of Zimbabwe is repeatedly used as an argument against higher inflation: In 2008 the central bank of the African state issued 10 million dollar notes. Photo: Tsvangirayi Mukwazhi (AP, Keystone)

As an argument against higher inflation, the story of dramatic hyperinflation, such as that in Germany in the 1920s and the more recent experience in Zimbabwe, with immeasurable price increases is told again and again. This kind of inflation came about in a very different way than a higher inflation target by a central bank. It came about because central banks spent money directly to finance government tasks and reacted to every surge in inflation with even more newly printed money. There was no longer any inflation target or control of the money supply at all. But that is not the point for anyone who thinks slightly higher inflation makes sense.