Their restaurants were in ancient times

"Honey, the flamingo tongues are getting cold!": Eating in ancient Rome 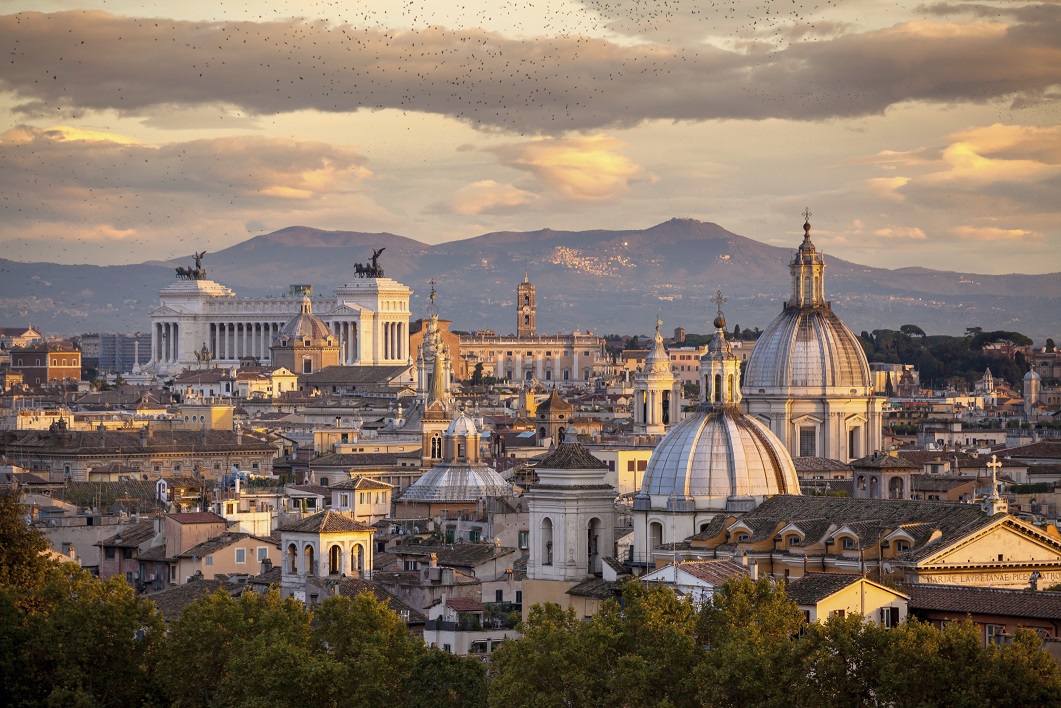 How do we have to imagine a meal in ancient Rome? As a lavish feast with exotic delicacies such as flamingo tongues and fried mice? Or as more of a joyless affair with an indefinable mass of porridge on the table? Well, as is so often the case, the truth lies in the middle.

We take a detour to antiquity and take a look at food and drink in ancient Rome.

The "greatest prasser" and his delights

When it comes to food in ancient Rome, most historians refer to the ancient Roman recipe collection “De re coquinaria” (“About the art of cooking”), the oldest surviving book of its kind. The author is given as Caelius Apicus, although it is assumed that several Roman gourmets with this epithet put together the recipes, including Marcus Gavius ​​Apicius (approx. 25 BC to approx. 42 AD). The Roman scholar Pliny the Elder called him the "greatest prasser", while Seneca reported that Apicus was putting an end to his life after he celebrated 100 million sesterces for physical enjoyment and "only" ten million sesterces (today about 20 million euros) had to live. Of course, before his suicide, Apicus invited again to a big feast ... By the way, it was Marcus Gavius ​​Apicius who swore by the flamingo tongues mentioned above.

Be that as it may: “De re coquinaria” has around 400 recipes for everything to do with food in ancient Rome, around 100 of which are dedicated to making sauces. These include unusual things such as the uterus of gilts and grilled flamingo, but the majority consists of rather simple dishes. A reflection of Roman society, because the broad masses ate down-to-earth, while exotic pleasures were reserved for the upper class. However, she really let it go and imported everything the provinces of the huge empire had to offer: oysters from the British Isles, red mullets from the Red Sea, peacocks from Babylonia, porcupines from North Africa and cheese from Gaul.

Eating and drinking in ancient Rome: In tune with the times

The most important meal of the ancient Romans was “puls”, a porridge made from spelled flour, which was occasionally served with raw or cooked vegetables. Other staple foods included bread made from wheat or barley flour (often baked in their own oven), broad beans and cabbage, as well as lettuce and runes. It was seasoned with onions and garlic - at least among the people, in the upper layers the tubers were considered to be unrefined because of their smell. The apple was particularly popular as a fruit, but the Mediterranean climate also allowed the cultivation of pears, cherries (which the general and gourmet Lucullus had introduced in Rome), grapes and plums.

In fact, the food in ancient Rome was quite healthy, the diet consisted almost entirely of vegetables and fruits. Meat was expensive and therefore reserved for the upper class - and then mostly only at banquets and other social occasions. In the case of beef, by the way, the better circles turned up their noses, since the beef was a workhorse and its meat was considered tough. Pigs and wild boars were much more popular. A whole pig, filled with sausages and fruit and grilled in one piece, was called “porcus trojanus” - Trojan pig. Poultry was also eaten, with chickens being more expensive than ducks in ancient Rome. Fish, especially the red mullet, which could not be bred, were also popular and often expensive.

Fish was also the basis of the popular and widespread fish sauce “garum”, which was used as a seasoning and preservative and was made in a lengthy fermentation process. The sauce was not allowed to be made within cities - the smell was enormous.

And what did the Roman drink? Wine! Diluted with water during the day or sweetened with honey (“mulsum”), pure in the evening. In addition, water and fruit juices were common. When it came to milk, the Romans only resorted to goat or sheep milk - cow's milk was considered barbaric.

Eating in ancient Rome: The meals

The food in ancient Rome usually consisted of three meals: