US experts: "Why the fuss?"

Chancellor Angela Merkel and the eavesdropping in the US are not the top topics of conversation, but at least the topic made it to the top spots of some media. "Spying on friends - that doesn't work," the broadcaster CNN quoted the disappointed Chancellor as saying. After the bugging attack on Angela Merkel's cell phone, at least one person seems to be in need of an explanation: President Barack Obama. "The United States is not monitoring the Chancellor's communications and will not monitor her," President Merkel assured in a phone call on Wednesday (23.10.2013), said government spokesman Jay Carney.

That could be an outright lie, say other political voices in Washington. And yet there is no noticeable excitement. Much smoke about nothing, says Pete Hoekstra, for example, who headed the secret service committee of the US House of Representatives until 2007. "I think that's quite possible," he said when asked by DW whether there was anything to the bugging on Merkel. "I think the understanding in the intelligence world is that we are all good friends - French, Germans, Israelis, Americans. We are allies, but a lot is happening at the same time," said the former Republican MP. "There can be times when we spy on each other. And everyone understands that well."

He cannot understand the excitement about the information from the source of the whistleblower Edward Snowden. "That's naive thinking," says Hoekstra. "The German government should know too well that its friends are spying on them, and vice versa." He knew that some allies were spying in the United States. European allies too. "It's one of those unwritten laws. We know that's how it works." The excitement in Berlin seemed artificial. "I would think that the German secret service and the members of parliament who deal with it on a daily basis are not surprised," said Hoekstra. "I think the only surprise for you might be that the German secret service did not have any countermeasures to stop the eavesdropping."

"The President makes the rules"

It has not yet been proven whether the scouting attack actually took place. In any case, the expert cannot imagine that President Obama knew nothing about it. "The president sets the rules under which the secret services operate. The NSA and other US organizations cannot and must not act outside the limits set by the president." 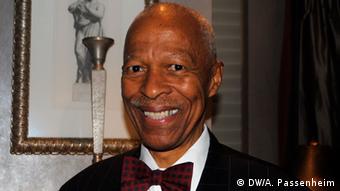 A president who turns himself ignorant to avert political damage? Hardly, says Raymond Tanter, intelligence expert and former employee of the National Security Council in the White House under President Ronald Reagan. "Domestic wiretapping is strictly controlled by the courts, Congress and the White House," he says. "But when it comes to overseas, the White House controls less." Tanter, who is now a professor at the University of Michigan, thinks it is very possible that the bugging took place. "Yes! Yes! I think it was because the NSA is able to." The authority can be compared to a vacuum cleaner. "They suck up what there is to suck up, and then use the content at some point, if necessary, to fill the gap in a puzzle," says Tanter.

"I think President Obama must have known that there had been such actions in the past," Tanter told DW. "We don't know how long - and I doubt they still ran under the Obama administration." After all, the German and American secret services cooperated very well with one another. "I suppose the Federal Intelligence Service knew more about what American intelligence was doing than the political side of either state knew." 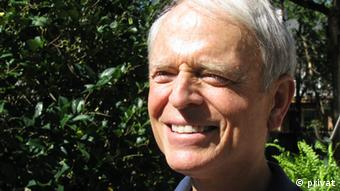 In any case, this is not a reason for a lasting relationship crisis, says Mike Haltzel from the Center for Transatlantic Relations at the Johns Hopkins University in Washington. Haltzel believes that the demand by EU parliamentary leader Martin Schulz for the suspension of free trade talks with the USA and similar statements by SPD leader Sigmar Gabriel is completely out of place. "This reaction is not only hypocritical. The threat is self-destructive and will damage Germany and the EU at least as much as the US - it makes absolutely no sense to me," said the former high-ranking member of the Committee on Foreign Relations in the US Senate.

A pout, possibly stopping the negotiations, would ultimately affect Europe more than the USA. "Economic experts estimate that the free trade agreement would increase the gross domestic product of the EU by half a percentage point a year - in the USA, on the other hand, by only four-tenths of a percentage point," said the Europe expert. "That is a lot of money and tens of thousands of jobs depend on it on both sides of the Atlantic." Should the eavesdropping prove to be true, "we owe the federal government an explanation and an assurance that this will no longer happen."

In the major US media, the Chancellor slipped further down on Friday. And it still ranks way behind the start-up failures of Obama's health care reform. While CNN and the "Wall Street Journal" were still concentrating on Merkel's warning, the Washington Post was already concerned about the damage that Snowden's revelations could do to the US government if Iran or China were to be dealt with first.

The scandal in Germany was not a topic of conversation on the street either. "I do think there is interest," says Sebastian Rotella from the investigative research network "Pro Publica". But the topic tends to affect specific interest groups. "It's not that thing that sets off demos on the street here." The journalist, whose network also cooperates with the New York Times on the subject of NSA, has a statement: "There is a reaction. There is interest. There is concern." However, spy scandals are nothing new to the US public. "The people here know that the secret services have highly developed listening techniques," said Rotella. "What's new now are the details - and names."