How do you hug your friend

Confidence Tips - 5. Hug those around you 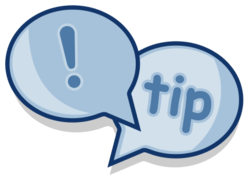 In my clique of old boys, we never hugged. A short hand wave and a half-mumbled "Servus" was all.

It was kind of a strange feeling hugging your friends. It seemed inappropriate for some reason, so I limited my greetings to a handshake and a factual "hello".

When I saw other people hugging in greeting, I told myself that this ritual was weird and that normal people wouldn't do it. But at the same time, I felt subliminally that I actually wanted to try it out myself and hug my friends.

Then suddenly I came into new circles in which it was perfectly normal to hug each other tightly in greeting. When I held out my hand to greet the other person at the beginning, they just looked at me a bit strangely and hugged me all the more firmly and warmly.

Often my outstretched hand got stuck between me and the other and I only had one hand left to hug. That felt really strange then;).

That was also when I started kissing girls on both cheeks in greeting.

What I realized at the time was that it is only a matter of your social conditioning what you think is possible / impossible / appropriate or inappropriate.

There is no right or wrong behavior, everything is allowed!

When I was recently traveling in South America, I became aware of this fact anew every day. There everyone greets each other with kisses on the cheeks. So not only boys kiss girls but also grown men greet each other in this way!

And it's totally normal there, everyone does it that way.

When my yoga teacher greeted me this way for the first time, I was admittedly a bit puzzled. After the third time it was totally normal and felt good.

So my tip for you is: Hug your fellow human beings in greeting. Hug your brother, sister, parents and grandma. Hug your best friend and your best comrade. Hug your classmates and your work colleagues. Hug new acquaintances the first time and when you feel like it, hug total strangers on the street.

By hugging others, you are hugging yourself!

Here is a little video for inspiration:

And always remember: what you think is appropriate or inappropriate at the moment is nothing other than the social conditioning that you have acquired through your environment.

You alone decide what your reality should look like! I meanwhile greet everyone, whether old or new, with a hug. Girls get kisses on the cheeks every now and then 🙂

Do not read on until you have finished watching the video, because there are a few lessons to be learned here ...

You can see that the hugs seem a bit forced at the beginning and become more natural towards the end. The first person runs straight away when I want to hug them. That is because I am a little insecure about my company myself.

Person two squeezes me, but then immediately checks her handbag because she suspects I might be a pickpocket. This behavior is normal somewhere because some dubious people are running around on this shopping street. However, I'm also too far away from her and at this moment I just don't exude enough trustworthiness.

But after a few tries it works better and better and you can see that the more open and friendly I am to people, the better it works.

What do we learn from it?

1) Even if people run away or are dismissive at the beginning, stay tuned. If it's okay in your head to hug the other, then it will be okay with the other too. It just matters that this plan is in your reality.

2) Follows up with point 1: The more open and relaxed you become, the better it works. Of course, this only comes from practicing it repeatedly.

How you can achieve this inner looseness and thus approach new people without problems, I'll tell you here in my book: Strengthening Self-Confidence - The Manual.