How will future iPhone designs be leaked 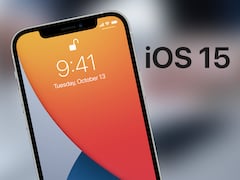 New rumors about iOS 15
Photo: Apple, Montage: teltarif.de A few days ago, the first details about iOS 15 were leaked. Now the online magazine 9to5mac reports on other innovations that the next big software update for iPhone, iPad and iPod touch will bring with it according to industry rumors. According to the information, Apple wants to protect future iPhone generations twice against possible misuse by unauthorized persons.

According to the information, a double biometric authentication is planned. This means that face recognition and the evaluation of the fingerprint would be used in parallel. This is of course only possible with smartphones and tablets that support both Face ID and Touch ID. According to previous leaks, this should be the case with the new iPhone generation expected for September - parallel to iOS 15.

It is currently unclear whether double biometric authentication can be used optionally or whether it will be mandatory for owners of an iPhone 12S or iPhone 13 - at least if sensitive features such as Apple Pay or banking apps are started. According to the report, iOS 15 should also get a revised control center. This will have a more compact design that is also reminiscent of macOS Big Sur.

New iPhone with up to 1 TB of storage space?

New rumors about iOS 15
Photo: Apple, Montage: teltarif.de As it goes on, the new iPhone generation could also be delivered with up to 1 TB of storage space. Apple's smartphones are currently available with a maximum storage capacity of 512 GB. While 9to5mac itself declares that the rumors could be treated with skepticism, the double memory on the iPhone in particular appears to be very likely.

Videos with ever higher resolution require more memory and, as is well known, iPhones cannot be upgraded with microSD cards. In addition, this year Apple has already presented the iPad Pro with a higher storage capacity than usual. However, the tablets with 2 TB of storage are not a bargain. Apple charges up to 2579 euros for the devices on the German market.

While we have to wait until autumn for the new iPhone generation, we will get an outlook on iOS 15 and other software updates from Apple at the WWDC developer conference in June.