How is the economy planned in North Korea 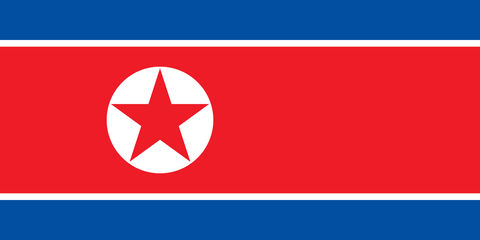 North Korea is located in the east of Asia on the Korean peninsula. Neighboring countries are China, Russia and South Korea. North Korea borders the Sea of ​​Japan to the east and the Yellow Sea to the west. In summer the hot and humid monsoons determine the weather, the Korean winter is cold and dry. The interior of the country is very mountainous, so most North Koreans live on the coasts.

Reign of the Kim family

Pyongyang is the capital of the Democratic People's Republic of Korea. The country is a dictatorship. It is run by the Kim family along with the military. There is no political opposition. Human rights are disregarded. The economy is strictly regulated by the state. A central administration economy applies. Criticism of government leadership is forbidden and is severely punished, in the worst case even with death. There is censorship, which means that the state controls all media. Nobody is allowed to leave the country, and moving in the country is not possible.

North Korea and South Korea were once a united country. After the Second World War, Russian troops occupied the north of Korea and troops from the United States occupied the south. The two world powers made two countries out of Korea: the Americans created a republic in the south and the Russians in the north a people's republic modeled on the Soviet Union. At the beginning of the 1950s there was a bitter war between the north and the south, the consequences of which can still be felt today.
North and South Korea are still officially at war and a unification of the two countries seems impossible. Crossing the border to South Korea from North Korea is undesirable and practically impossible. North Korean families cannot get in touch with their relatives living in South Korea. Occasionally, however, there are signs of cautious rapprochement between states. Both countries put together a team at the 2018 Winter Olympics.

North Korea seals itself off from other countries. There are practically no immigrants. Foreign journalists are only allowed to stay in North Korea with state inspectors. Therefore, not much is known about the life of the population. Most of the people in North Korea work a lot and hard. Nevertheless, a large part of the population is extremely poor and starved. The staple food is rice. Meat dishes are almost never on the table, as hardly anyone can afford them. Aid organizations report on the very poor medical care given to the people. The life of the residents is strictly regulated by the state. For example, most people are not allowed to use a car or telephone because these are considered “luxury goods” that the socialist state rejects.

Your own calendar, your own films

North Korea has introduced its own calendar. 1912, that is the year of birth of the late state founder Kim Il-sung, is considered to be the beginning of this era. According to this calendar, we only have the year 109. In order to get the population enthusiastic about the country and the government, the government often produces movies in which the ruling family is heroically and caring.

In North Korea there is compulsory schooling for children from 5 to 16 years of age. After school, the children go to their youth associations. There they have to deal with state politics, but critical questions are not allowed. In the youth groups, however, sports are also played and excursions are undertaken together.