What are some portable PCR amplifiers

(09.09.2020) The British government relies on the qRT-PCR-based CovidNudge test to cope with the SARS-CoV-2 pandemic. What can the machine do? 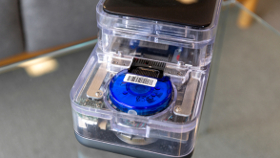 CovidNudge was developed by the British start-up DnaNudge, which the medical engineer Chris Toumazou from Imperial College London co-founded a few years ago. In 2019, the company launched the portable genotyping device DNANudge, which enables profile analysis of genes associated with diet-related diseases such as diabetes and obesity. The gene profile is intended to reveal the personal risk of illness and provide the impetus (“nudge”) to change the diet accordingly.

DNANudge essentially consists of a rotating disk on which the samples are first lysed and washed in different segments. Then they get to a chip module in which the corresponding marker genes are amplified with a PCR and detected with an optical system (click here for the patent). 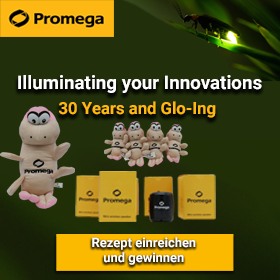 For the SARS-CoV-2 detection, Toumazou's team only had to modify the whole thing a little (medRxiv, DOI: 10.1101 / 2020.08.13.20174193). The construction consists of a single-use cartridge that contains all the necessary reagents. The cartridge is attached to the so-called NudgeBox, which functions as a rotor, thermal cycler and pressure regulator (see picture). It resembles a carousel that is divided into different segments. Depending on the rotation, the individual compartments empty their liquid into the center of the rotating carousel.

The swab is inserted into a slot and automatically cut off so that only the tip with the sample remains in the cartridge, which then closes. The RNA contained in the tip of the rod is then released by a lysis buffer and collected by a silica frit. The disc-shaped carousel continues to rotate, as a result of which the RNA is cleaned with washing buffer and detached again with elution buffer. It ends up in the last segment of the disc, which contains a lyophilized RT-qPCR master mix that dissolves in the RNA-containing liquid. The carousel then moves one last step further and conveys the mixture into the Wells a tiny microtiter plate containing the target gene-specific primers and fluorescent samples. The target genes are then amplified with a qRT-PCR using an appropriate temperature program. 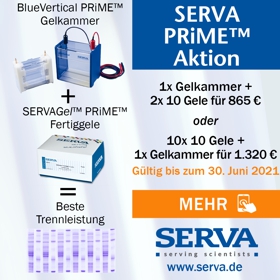 The 72 Wells the microtiter plate offer enough space for replicates and allow several target sequences to be tested. Distributed in six to eight unsorted portions on the plate Wells SARS-CoV-2 markers are determined, including from the nucleocapsid gene (n1, n2, n3). The humane one serves as a control RNaseP-Gene. Of seven virus sequences were found to be Spike-in-Experiments and sample analyzes three as particularly suitable (detection limit: 5 to 50 copies / µl or 10,000 virus particles per smear). The vacated places could be used to determine other viruses, such as FluA, FluB or RSV.

How reliable is CovidNudge? Obviously not much less than the classic qRT-PCR. Of 386 samples from patient groups with a high (25 percent) or low (3 percent) infection rate, an average of 94.4 percent were correctly classified as positive or negative. The specificity was almost 100 percent.

The UK government seems to be at least pretty confident about CovidNudge. At the beginning of August she ordered 5.8 million test kits for 161 million British pounds (about 177 million euros) and wants them in the hospitals of the National Health Services deploy.