How many men are really pedophiles

Kittens, rabbits and Lars the polar bear: who doesn't think they're cute? Pedophile men feel the same way as non-pedophile men and in general pretty much all people. However, their brain reacts noticeably differently to the sight of corresponding images than that of normal people. Why? 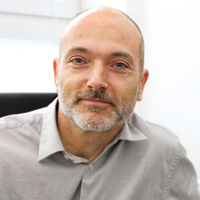 Dr. Jorge Ponseti has found a new way of explaining the cause of pedophilia. Photo: spirit

Why adults are sexually attracted to children remains a mystery to science. What is certain is that this phenomenon occurs almost exclusively in men. Just as paraphilia, which was called "perversion" before this neutral term was turned negative, is a very masculine phenomenon in general. "There is only a very small exception with masochism, where perhaps two percent of those affected are female," describes Dr. Jorge Ponseti from the Institute for Sexual Medicine at the University of Kiel the dimension.

As far as pedophilia is concerned, in rare cases women only show such behavior as accomplices of their correspondingly predisposed husbands. It is also known that almost half of the men who abuse children have no pedophile motive at all, but commit the act in the absence of an adult counterpart. "A typical case is that of a man who assaults the 13-year-old daughter of his partner who is not present and imagines the victim to be older," explains Ponseti.

The risk of relapse of such perpetrators is relatively low, because the unconditional and correspondingly difficult to control urge to have sex with not yet sexually mature people is alien to them. It looks different with the "real" pedophiles. "If they don't want to commit a criminal offense, they are basically forced to live like a monk," the Kiel psychologist describes their dilemma.

It would be all the more important for those who are driven in the literal sense to learn more about the causes of pedophilia. North German institutions for sexual medicine and psychiatry have founded a network to research the neurobiology of pedophilia and child abuse and have approached the topic in many ways. Ponseti has taken one of the most interesting. The private lecturer broke away from the sexual dimension and initially stuck to the literal meaning of the term pedophilia, which means nothing other than "love for the child".

The well-known behavioral biologist Konrad Lorenz once recognized that many animals, and humans too, react strongly to the so-called child pattern. If you see a face with big eyes, a high forehead and a flat nose, you show, if not ecstatic, then almost always extremely warm feelings. What translates into sober behavioral biology means: The child pattern triggers the brood care instinct in the parents and often a bite inhibition in otherwise hostile creatures.

As Jorge Ponseti approached the subject, he came across Lorenz's student Irenäus Eibl-Eibesfeldt, who had documented that adults in Papua New Guinea feed their children in the same way that many animals do: they pass the food by mouth to mouth. This "kiss-feeding" can be described as the phylogenetic origin of the kiss, Ponseti believes. And concludes from this that there could possibly be a functional proximity between brood care and reproductive behavior.

Against this background, the North German research group showed more than 100 photos of young and adult animals, each half pedophile and half healthy. In this way, the child's schema response could be tested using magnetic resonance imaging (MRI). All test subjects found the pictures cute, but not sexy. However, in a certain area of ​​the brain, the pedophiles showed strong reactions, while the members of the control group did not react there at all.

The scope of this observation is possibly enormous. "Perhaps in pedophiles the boundaries between sexual instinct and brood-care instinct are simply disappearing," suspects Ponseti. From the point of view of the scientist, this is not unreasonable in that, according to various studies, the instinct for brood care in male humans is noticeably strong compared to other male mammals.

If his thesis is correct, there could be considerable improvements in the treatment of pedophilia. So far, the drug of choice has been behavior therapy, which works to ensure that those affected can keep their instincts under control. In severe cases, antidepressants or other drugs are used to suppress drive, but this is sometimes associated with considerable physical side effects. If the problem is actually closely related to the instinct for brood care, blocking hormones, which also change in women during menopause, might lead to better results with fewer side effects. Dr. For example, Ponseti is thinking of switching off the estrogen receptors in a targeted manner.

The test results of the Kiel Sexual Medicine are definitely interesting, but still have to be confirmed by further studies. The data obtained with the help of MRI are now to be checked again using electroencephalography (EEG). If the picture is confirmed, Ponseti believes it is time to think about new forms of therapy.