What is the currency in the Congo

Trans Africa - accurate travel information for all countries in Africa

Money in the Republic of the Congo 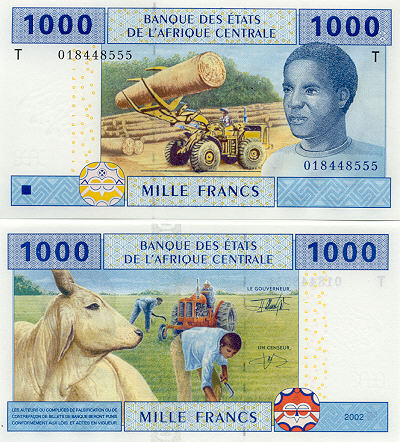 Country currency: 1 CFA Franc (Franc de la C.oopération F.inancière en A.frique Centrale) = 100 centimes.
The CFA is supported by the Banque des Etats de l’Afrique Centrale (BEAC, State Bank of Central African States) and is a means of payment in Equatorial Guinea, Gabon, Cameroon, Congo, Chad and the Central African Republic. The one from the Banque des Etats de l’Afrique de l’Ouest (BCEAO, State Bank of West African States) CFA Franc (XOF) is not legal tender in the Republic of the Congo. The CFA Franc is pegged to the Euro with a fixed exchange rate.

Currency Exchange: It is almost always possible to pay with US dollars. US dollars can also be exchanged at money changers in Brazzaville and in Lebanese-run markets and internet cafés (wherever there is a need for foreign currency).

Travelers Checks: are rarely accepted and should preferably be made out in euros or US dollars.

ATMs: does not exist in the Republic of the Congo.