How many bikes are in a train?

Bicycles can be taken on ÖBB trains

The environmentally friendly combination of train and bike is becoming increasingly popular. Taking the bike with you on the train allows more flexibility at the destination and increases the range of motion. Many attractive leisure destinations can also be optimally reached with the combination of public transport and bicycles. From the perspective of cycling customers, despite the retrofitting of the railjets, there is still a lot of potential that the bike lobby in theirs Strategy for rail & bike based on five fields of action. Read here how bicycle transport currently works and where you can take special types of bicycles such as recumbent or transport bicycles with you. 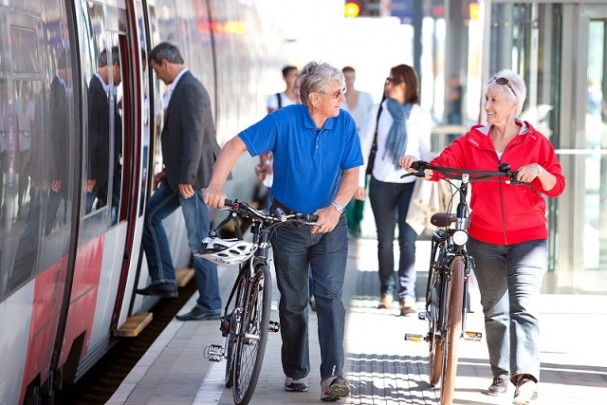 Local trains - Regional train (R), Regional Express (REX), Cityjet Xpress (CJX) and S-Bahn (S) - are usually equipped with so-called multi-purpose compartments. The rule here is that you can take your bike with you "Allowed in accordance with the space available" is, in trains with spacious multi-purpose compartments, bicycle trailers can also be taken. The ÖBB points out that "for safety reasons only a limited number of bicycles and bicycle trailers per train" can be taken. Unfortunately, there are no exact figures. "In case of doubt, our employees decide whether or not your bike and bike trailer can be taken with you," says the ÖBB. There are also certain priority rules for the different user groups of a multi-purpose compartment. If there is not enough space in the multi-purpose compartment for everyone, wheelchair users have priority over passengers with prams and bicycles parked in front of them. 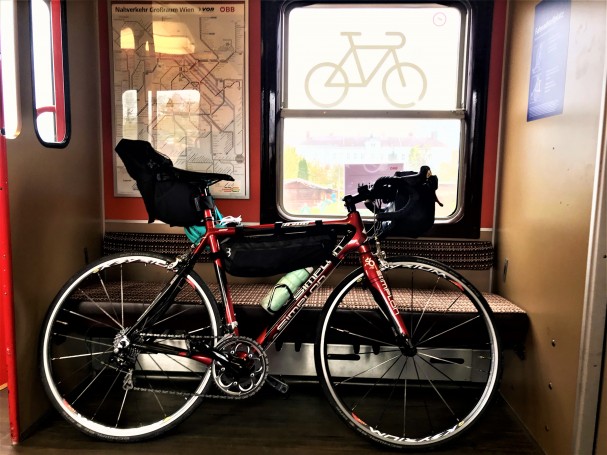 For example, if all three groups want to be taken, but there is only enough space for one of them, wheelchair users can get on and passengers with prams and bicycles have to stay behind. However, this rule only applies to the respective boarding station, i.e. the train rider with a bike does not have to leave the train if a wheelchair user wants to get on at the next stop, but there is no more space for them due to the bike. 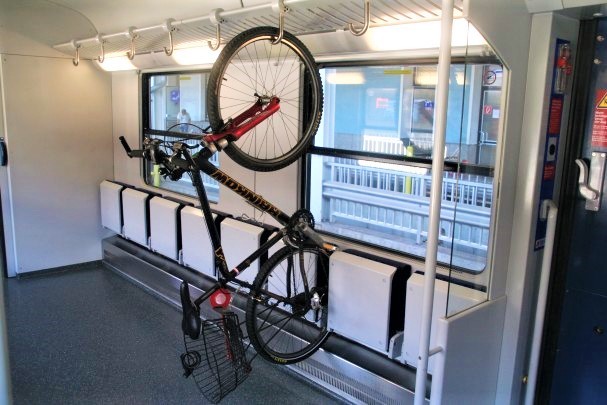 The seats in the multi-purpose area can also be used by other travelers, but they have to change their place if wheelchair users, passengers with prams or bicycles are otherwise unable to get on. Taking a bike with you has priority over a seat. (This also applies to bike owners who do not have the right to a seat next to their bike.)

The catch with taking bicycles with you in local transport is that not all trains are equipped with multi-purpose compartments. You can take your bike with you on Intercity and Eurocity trains as well as on selected connections on the ICE.

The cost of taking your bike with you are 10 percent of the normal rate, but at least 2 euros. There are no discounts for Vorteilscard or Österreichcard holders, for them the bike ticket is often more expensive than their own ticket on short journeys. 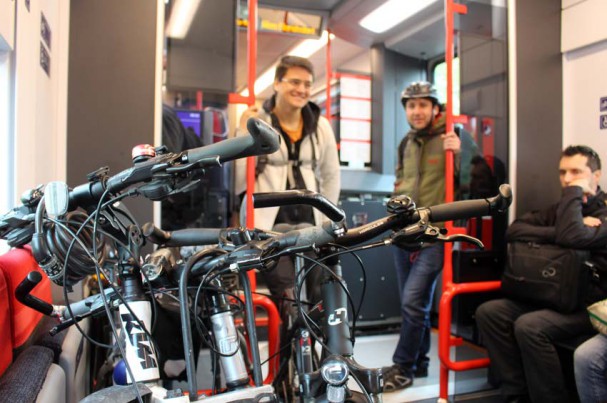 Taking bicycles with you in long-distance transport is possible on most long-distance trains (except for some night train connections and ICE), not least thanks to many years of cycling lobby engagement. However, in Railjets, InterCitys, EuroCitys and Nightjets, in addition to the bike ticket (10% of the normal fare), a paid reservation is required (3 euros). Tandems, recumbent bikes, cargo bikes or bike trailers are only taken in special luggage compartments (only on certain EC / IC / EN trains). The timetable does not show which trains have such a baggage compartment. Since all intercity trains on the western railway line between Vienna and Salzburg have been replaced by railjets, the possibility of transporting larger types of bikes in long-distance traffic has unfortunately been lost. 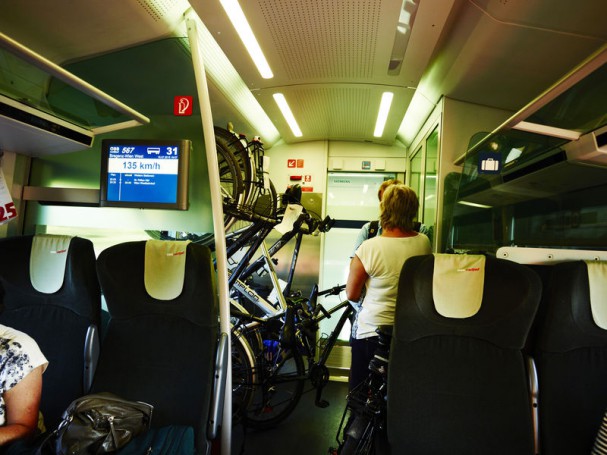 The conditions are tightened by the maximum dimensions specified by the ÖBB and the maximum permissible weight of 30kg for transport in local traffic. 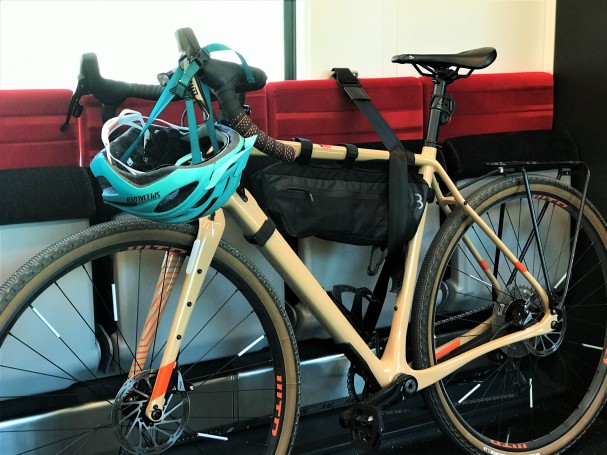 This means that common cargo bikes such as Bullitt, Bakfiets, Urban Arrow, all of which are approx. 2.5 m long, as well as shorter cargo bikes such as the Chrsitiana Bike with 2.08 m length, are not legally allowed to be taken in local traffic. They may only be taken on long-distance trains with "special luggage compartments for bicycles" (= luggage / bicycle wagons).

On long-distance trains that carry cars with special luggage compartments for bicycles (i.e. their own bicycle wagon), larger bicycles and bicycle trailers can also be taken. You can find out which long-distance trains carry these special wagons at the ÖBB ticket counter and customer service on +43 (0) 5 1717. Here you can also obtain reservations for bicycle parking spaces in these wagons. Bicycles that exceed the dimensions listed above cannot be taken on all other trains - "due to the limited space" it says on the ÖBB website. 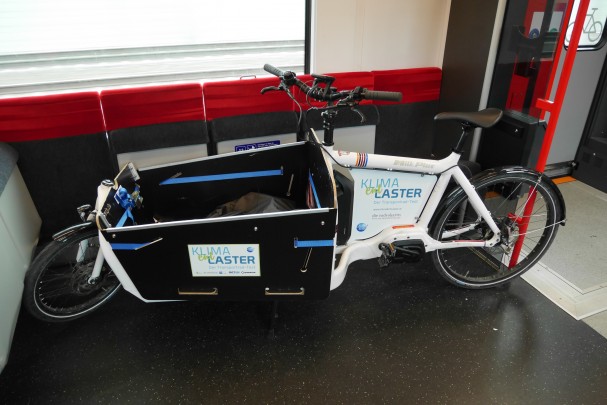 Not really legal. According to the conditions of carriage, larger bikes such as the Bullitt may not be taken on local trains. In practice, however, it is often not commented on by the employee.

Small consolation: In the new Railjet sets (from 2023), all bicycle parking spaces are in a low-floor car and can be easily reached via a bicycle ramp. You can find more information here.

The bike as a piece of luggage 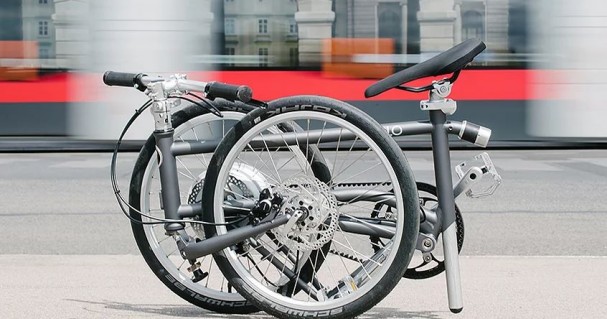 Since 2014, folding bikes are no longer explicitly mentioned in the general transport conditions. According to the ÖBB's written commitment to the bike lobby, there will be no change:
“The following principle still applies in this regard: Folding / folding bikes, as well as (partially) dismantled and packaged bikes are transported free of charge! They must be safely stowed in the luggage racks provided for the transport of hand luggage! "

Folding bicycles in packaging can be taken on the train without a reservation.

Folded folding bikes are considered hand luggage according to the transport conditions and can be transported on all means of transport (underground, tram, bus) of Wiener Linien at any time. Tip: To avoid misunderstandings, fold the bike up before getting on.

Source: Conditions of carriage valid from 14.06.2020
The complete manual is available here.