Why am I fighting in college

"Shithouse" - the college film with a difference

Alex is 19 years old and new to college 500 miles from home. It's Friday evening and there's only one party going on in a dorm called "Shithouse". Cooper Raiff's debut film of the same name begins like a typical college film, with legendary parties at which one celebrates the freedom of adulthood, but it quickly takes a realistic turn: Alex feels lonely, practically forces himself to the party, which he prefers would be at home with his family. But then he gets to know the extroverted Maggie, played by Dylan Gelula (“Unbreakable Kimmy Schmidt”) in the “Shithouse”. The two end up walking through the city all night exchanging thoughts that they had never told anyone before. The next morning, Alex is forced to finally deal with his situation, his loneliness, at college.

Raiff's film shows: growing up, letting go of home, newly acquired freedom are not that easy to deal with. The protagonists in the film deal with it in different ways. Some pretend to be someone they are not, others try to suppress loneliness through alcohol and drugs. But at some point everyone has to deal with it.

“Shithouse” is such a good film because it manages to show the negative sides of student life in a humorous way. He talks about (self-) isolation and loneliness at the beginning of your studies as well as the search for real friendships. The scenes and dialogues are refreshingly real, profound and at the same time funny. The movie's strength lies in its honesty in talking about weaknesses without making fun of them, which is often the case with college movies. He shines with a very good script: with realistic character developments that are portrayed by strong actors.

The 23-year-old Raiff took on the script, direction and the role of the protagonist and did a remarkable and outstanding job in it. He was also involved in production and editing. His debut is a very personal film for him: when writing, he was very much based on his own college experience. "There I first had to learn how to take care of myself before I could enter into relationships and take care of others," he said in an interview. For a long time, like Alex in his film, he just let himself drift for a long time.

"Shithouse" was shown in cinemas in the USA and rightly earned a lot of good reviews. Both at the South by Southwest Film Festival as well as at the Florida Film Festival - his first two festival appearances - he won the Grand Jury Prize. The young jury of the International Film Festival Mannheim-Heidelberg awarded "Shithouse" an honorable mention: The film impresses with its direct and authentic dialogues and its skillful and conscious play with the conventions of its genre.

A very recommendable film for students, as it talks about topics with which everyone who was new to a university can identify and which are more present at the moment than ever before: loneliness, isolation and dealing with yourself . 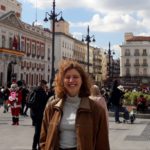 Ruth Lang Fuentes is studying mathematics. Since summer semester 2020 she has been writing for ruprecht about political issues of the students, as well as about film and cinema in Heidelberg. She also writes a blog about film and feminism, a topic that she would like to take up more in ruprecht. Since winter semester 2020/21 she has been heading the online department.