What is special about WhatsApp

10 years of WhatsApp: the messenger that changed the world

The first version of WhatsApp was released for the iPhone in 2009
Image: Apple, WhatsApp - Montage: teltarif.de Sending texts and short messages in real time: In 2009 that was by no means unusual. In Asia and Europe in particular, cell phone users had been busy sending text messages for over 15 years, bringing the network operators millions in income. However, the SMS was limited to 160 text characters. And since the triumphant advance of ICQ in 1996, there have been instant messengers that can be used to send instant messages, pictures and files between computers.

So what was it that made the Messenger WhatsApp, which was officially launched 10 years ago, so successful? Was it just transferring the instant messenger idea to the smartphone? We look back on an eventful history.

The first version of WhatsApp was released for the iPhone in 2009
Image: Apple, WhatsApp - Montage: teltarif.de

The first beginnings of WhatsApp

At some point, the two WhatsApp founders Brian Acton and Jan Koum got tired of working at Yahoo. Your applications for a job on Facebook were also unsuccessful. But the brilliant idea came when Jan Koum bought an iPhone in January 2009 and immediately discovered the previously little exploited potential of smartphone apps.

The first versions of WhatsApp could only show other users their own status, which at some point became too boring. WhatsApp was founded on February 24, 2009. June 2009 was an important date when Apple first opened up the possibility of push notifications on the iPhone. Friends could also be notified when the app was minimized or the smartphone was in the pocket. WhatsApp 2.0 finally included the messaging function, and the number of users quickly rose to 250,000. In November 2009, the final version of the app landed in the AppStore.

No, the next stage of development was not the Android version, but a WhatsApp version for the Blackberry. So that things didn't grow so quickly, WhatsApp was made chargeable, which brought the developers income almost from the start. In December 2009, the function of sending photos was added. WhatsApp for Android only appeared in August 2010. As early as 2011, WhatsApp was one of the most popular and widely used iPhone apps.

The success was not only due to the ease of use, but also to the fact that an account could simply be created with your own mobile phone number, which still only takes a few minutes. And because WhatsApp (unsolicited) read out the entire address book of the smartphone and automatically added all contacts, you had a mobile network of friends in your pocket in a matter of minutes, which no one had offered in this simplicity before. 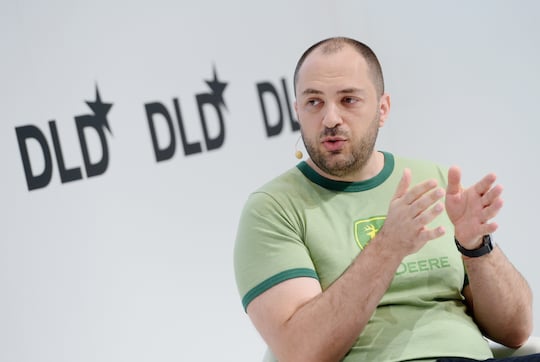 The success of the app arouses desires

In February 2014, word reached the world that Facebook was taking over WhatsApp for a record $ 19 billion. Good news or bad news? For the young founders it was an incredible confirmation of their app idea, for Facebook haters and abstainers it was a black day. In these days hundreds of thousands of users switched to more secure alternatives with encryption such as Threema, Telegram or TextSecure (today Signal) in protest.

In general, security functions were not an issue on WhatsApp in the early years, which earned the popular Messenger strong criticism. It was only announced in October 2014 that WhatsApp will now also implement end-to-end encryption, which was not developed in-house, but was taken over by TextSecure / Signal developer Open Whisper Systems. The security feature was not fully implemented until 2016.

And with the takeover by Facebook, many users feared, not without good reason, that the business acumen of Facebook boss Mark Zuckerberg would eventually rub off on WhatsApp. Although the app itself became free again at some point, Brian Acton and Jan Koum promised solemnly that WhatsApp would never advertise. But the pressure became too high, both WhatsApp inventors have now left Facebook. WhatsApp will get advertising in the status area this year and Mark Zuckerberg is determined to merge all of Facebook's own messenger services (apart from WhatsApp and Facebook Messenger and Instagram) into a common platform. This calls for data protection activists and courts around the world. 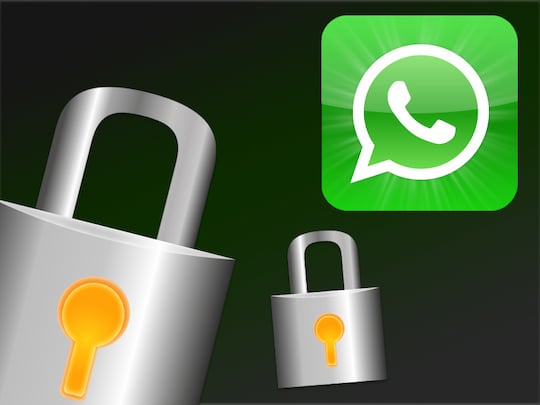 One of the world's most successful communication platforms

Despite all the quarrels about data protection and the influence of Facebook, WhatsApp managed to become one of the most successful communication platforms worldwide, which is now used by over two billion users, i.e. almost a third of the world's population. The widespread use has so far prevented one of the safer alternatives from becoming established as well. And the network operators, who at some point lost their SMS users because of WhatsApp, could no longer win a flower pot with much too late and immature SMS successors like Joyn.

In addition to its widespread use, new features also contributed to the success of WhatsApp: sending voice messages, group functions, direct voice telephony, WhatsApp Web for use in the desktop browser, dedicated desktop app, registration options via landline number or "read" tick. Moving from WhatsApp to a new smartphone is also very easy thanks to the synchronization via the Apple and Google clouds. WhatsApp Business was launched in 2018 for business customers and customer communication. Numerous news media also use WhatsApp to inform their readers via WhatsApp.

Such a successful service is of course increasingly in the focus of the intelligence services, because not only opposition groups in dictatorial states, but also terrorists use WhatsApp to plan attacks and to exchange ideas with backers. WhatsApp is therefore partially blocked in dictatorial states - and democratic states are also developing state Trojans that do not necessarily break the end-to-end encryption, but instead simply monitor the suspected terrorist and his communication via screenshots.

In the WhatsApp age, SMS is not yet completely dead, by the way, as a confirmation SMS for two-factor authentication or as an SMS-TAN for online banking, it still does its job.

In a separate guide, we reveal important tips and tricks about WhatsApp, and you can also subscribe to our WhatsApp and Telegram newsletters.