What is electricity theft

Electricity theft is not a trivial offense

Electricity theft is not a trivial offense: there is a risk of severe penalties

Mr. K. taps into Mrs. M.'s power line without asking her permission. Ms. M., in turn, manipulated the electricity meter in order to simulate a lower than the actual electricity consumption. In both cases it is electricity theft and that is not a trivial offense. In extreme cases, they face up to five years in prison. As an electricity customer, however, you can also become a victim: if you suspect you should act quickly.

When do you become an electricity thief?

Basically there are two types of cases that turn a person into a power thief: unauthorized tapping into third-party lines and tampering with the electricity meter. Unauthorized tapping is also given, for example, if, as a tenant in an apartment building, you use the power line for stairwell lighting for your own electricity consumer.

Charging an e-bike at an employer without asking for permission is also a power theft and may be punished. Even charging a cell phone at work can lead to a warning. Whether it can also be a reason for termination without notice in extreme cases is controversial. In a law forum, however, an article refers to a judgment of the Federal Court of Justice (2 AZR 36/03), according to which even the smallest thefts justify termination without notice. So one should be careful. 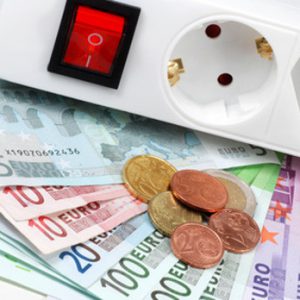 The Juraforum quoted above refers to the judgments of the Reichsgericht from 1896 and 1899. At that time, the possibility of electricity theft within the meaning of Section 242 of the Criminal Code (StGB) was negated because electrical energies have no physicality, according to the forum. As a result of the loophole in the law, Paragraph 248c (StGB) "Withdrawal of electrical energy" was created in 1900. Here it says in paragraph 1:

In addition, the paragraph stipulates that even attempted electricity theft is a criminal offense.

Electricity theft is not worth it

However, of course, not only the prospect of fines and impending payments, but also your own sense of justice should deter you from stealing electricity. And one more thing is important: when tampering with electricity systems, there is always the risk that people will be injured by electricity or that fires will start. There are better and, above all, legal ways of saving electricity costs: Comparing electricity providers is almost always successful.

If you have a justified suspicion, you should inform the responsible authorities immediately. The police are always a point of contact, of course. Your own electricity supplier is also someone who should be made aware of possible electricity theft. As a tenant, you can also contact the landlord. This also makes sense because

If a power thief was caught, the injured party should demand that he compensate for the damage. This is of course possible by filing a civil action. An alternative can be an adhesion process. In this case, the claim for damages will be asserted directly in the criminal proceedings against the electricity thief. The basis for the adhesion process is Section 403 of the Code of Criminal Procedure.

Compare energy prices and save

Tip: Register for the newsletter now