How Roma are related to India

India was home to the Sinti and Roma

Sinti and Roma have lived in Europe for centuries. And yet they have remained an independent ethnic group. Recognizable, among other things, by the fact that they have their own language in addition to the national language of their respective home country with Romani. Although Romani is not a homogeneous language, but has many different dialects, there is a common relationship with Indian Sanskrit. Linguists have therefore assumed since the 18th century that the origin of the European Sinti and Roma lies in India. 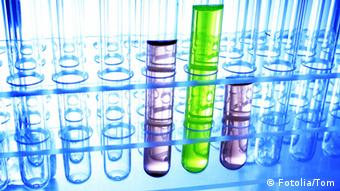 According to the genetic study, Sinti and Roma have Indian roots

A study now published in the specialist magazine "Current Biology" on the genetic makeup of different Sinti and Roma groups in Europe substantiates this theory and further delimits the area of ​​origin. Manfred Kayser, biologist at the Erasmus University Rotterdam and one of the authors of the study explains the new findings in an interview with Deutsche Welle: "With our study we were able to confirm this Indian origin on the one hand, but also specify it on the north-northwestern region of India, from which most likely the original migration of the Roma began. "

According to Kayser, the time background can also be understood through the study: "Our data say that this exodus from India began about one and a half thousand years ago and then we can also see in the data what happened afterwards: It looks like it had as there was a division into western and eastern European Roma, roughly in the Balkan region around 900 years ago. "

Today around 11 million Sinti and Roma live in Europe. However, there are hardly any reliable figures because they can only be differentiated from the general population with difficulty using official statistics. According to the Central Council of Sinti and Roma, there are around 70,000 in Germany. There are much larger groups in Serbia, Hungary, Bulgaria, Romania and Spain.

The widespread distribution in Spain had partly suggested in earlier research that settlement there could have taken place across the African continent. Such considerations are now finally off the table with the new study.

Since their language, Romani, is based on oral traditions and there is no written form in cultural history, it is a particular challenge for researchers to trace the history and, in particular, the migration movements. Therefore, new findings from genetic analyzes also play a particularly important role here. Roma houses in Bosnia and Herzegovina

These language studies suggest, for example, that before there was migration from the north and northwest of India to Europe, there was already migration from central India to the north. Matras, however, considers the genetic analysis to be a good opportunity to further consolidate the known linguistic knowledge.