Quo vadis, Pinterest, where are you going? Pinterest has been online since 2010 and has since held its own between the top dogs Facebook and Instagram. With more than 250 million active users worldwide and the trend is rising, Pinterest has the critical size that keeps the self-proclaimed "catalog of ideas" extremely successful.

As a professional user, you are of course already looking at the Future of Pinterest: What could be new on Pinterest in 2019, which functions do users want, what is happening with the number of users? Let's take a closer look at the situation and the prognoses.

One of the most difficult questions for Pinterest is: How can the social character of the platform be strengthened? In fact, Pinterest doesn't self-confidently position itself as a social network. Ideas and purchase recommendations should be the focus here, not talking to other users. But apparently there was a desire from many users for more functions on Pinterest.

For example, one would like to exchange ideas about whether recipe ideas have really worked, whether a purchased product is recommendable or which hotels are recommended for the next trip. To support the community spirit, Pinterest just introduced a community function at the end of October 2018. That happened quietly, so here is a brief description of how to activate the function:

By the way, Pinterest itself also has a moderated community for the new feature. There, users exchange tips, tricks and details, but in English. Either way, this new feature is a clear indication that Pinterest is looking to get more social. Whether this will work in this format or whether watch parties or stories like those on Instagram will soon be integrated, however, remains to be seen.

German professional users of Pinterest have a big advantage: Usually, the new tools and features of Pinterest arrive in this country with a little delay and have already been tried out in the USA. For you, this means that you can already draw from the US experience.

When it comes to the trend question hashtags, Pinterest has so far only opted for rather poor support, but that doesn't have to be the last word. Stories like Instagram? From a purely visual point of view, for example, image carousels would be conceivable, as they already appear in the profile view on Pinterest. But the company actually wants to push content that is only available for a short time. As with the hashtags, the answer is probably no for now.

The question of moving images is more difficult. They add value in explanatory videos, for example, and have correspondingly longer half-lives than hashtags and stories. This actually makes them a perfect match for Pinterest. But videos just don't look that good in Pinterest's layout, which is brushed to portrait.

YouTube videos and moving images can already be pinned from other sources, but hardly any user does that. If Pinterest finds a visually convincing solution here, it would certainly come close to the wishes and needs of many pinters. Integrating music services should also be high on the wish list.

Let's be honest: the big social networks are constantly coping with each other. What speaks in favor of Pinterest is that, with a market valuation of over ten billion US dollars, it has the resources to quickly prepare for the future. Pinterest is unique in its image as a catalog of ideas; there is no real competition there that quickly. Instagram will continue to focus on its young users and Pinterest is clinging to its wealthy plus thirties.

The almost ten years of Pinterest are also too long for a mere fad. On the other hand, the fate of Snapchat and Google+ in 2018 has shown how quickly a network can go down. Even Facebook, which is considered unassailable, had to give up as a result of repeated data scandals. Our forecast: as long as Pinterest remains innovative and handles its user data responsibly, this platform will remain the meeting point for creative people and a gathering point for ideas and inspiration.

Pinterest itself usually only publishes user numbers when, as recently, symbolic brands such as 250 million have been reached. For Germany, only estimates are available that range from the more realistic four million users to a very optimistic eleven million. But all forecasts and previous water level reports from Pinterest itself show a clearly positive trend. And you may have noticed in your previous Pinterest activities that many more of your acquaintances, friends and business partners use Pinterest than you would have thought.

Pinterest actually has value once you get it. It's like a sketchbook, visually focused. With a ten percent growth rate, Pinterest will crack the 300 million mark in terms of globally active users in 2020 and in Germany it will then be more than five million. That will not be enough to be on par with Instagram and Facebook in user numbers - but as long as the average value of purchases made on Pinterest far exceeds the sums of the competitors, this social media channel is much more than a children's circus for you.

In a long series of blog posts we have now brought many of its facets to Pinterest - and you understand: Nobody goes to such lengths if they are not absolutely convinced of the future prospects. Pinterest has developed positively over the years and is consistent in its business concept. The users appreciate the service and see that the platform is keeping up with the times with new functions.

This social media channel is actually a must for all entrepreneurs who are active in the industries that Pinterest particularly loves, such as fashion, DIY, design, living, food and self-realization in general. In Germany in particular, Pinterest is often criminally underestimated, not only generating sales, but also improving its image, reach and, in the future, an increased community. Don't let the chance slip by. Of course, we will keep you up to date here on our blog when there is news about Pinterest and Co. 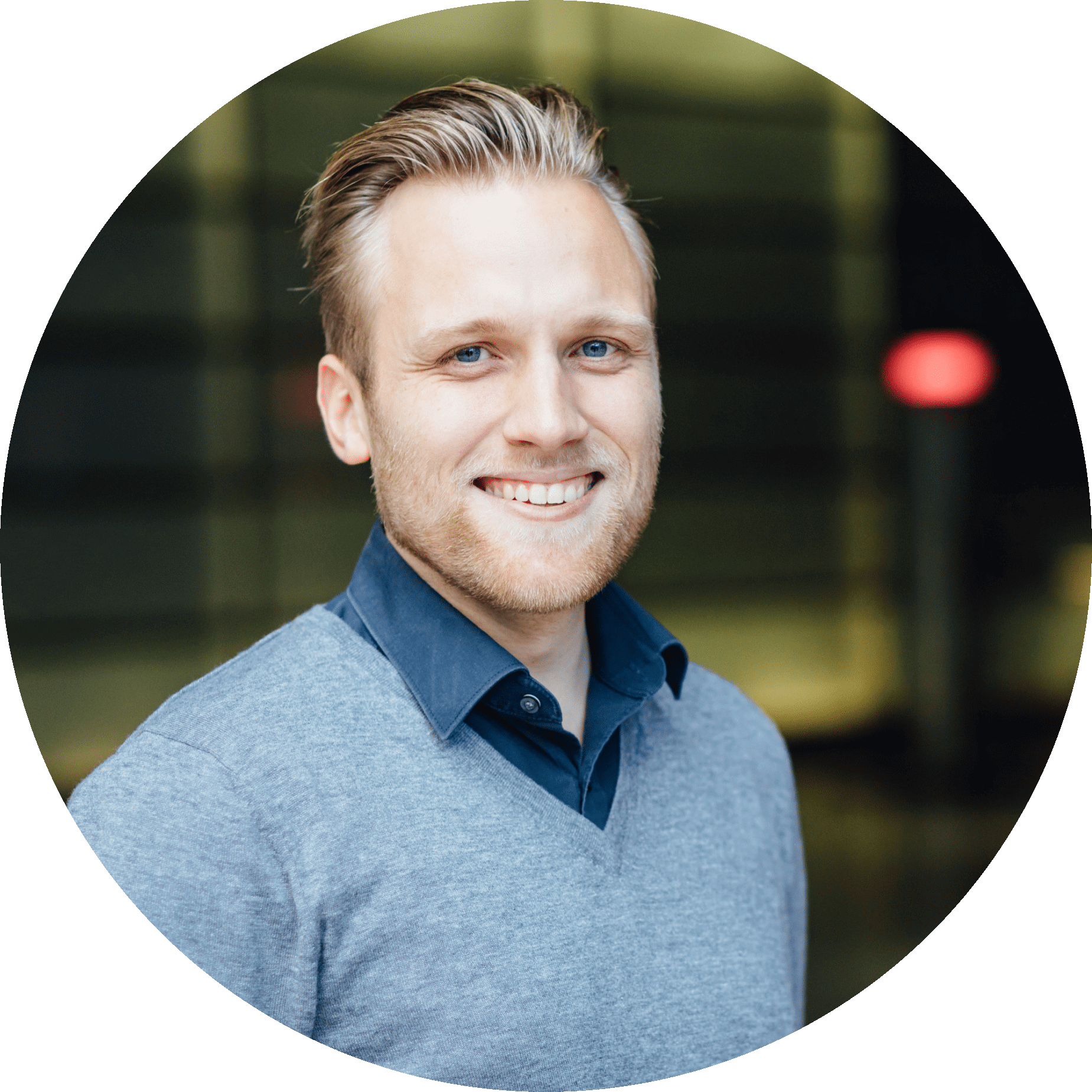 As the founder and managing director of PERGENZ Community Building, Melchior lives for digital communities. As a strategic thought leader, he is constantly concerned with new forms and possibilities of social organizations. In addition, he is a board member of the Federal Association of Community Management - for digital communication and social media. 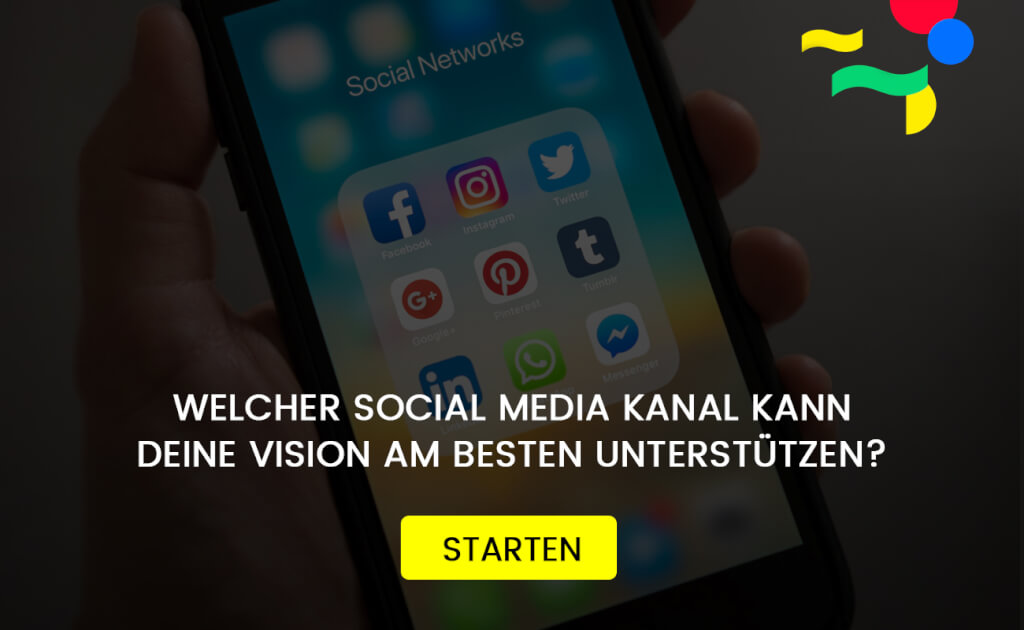