What is so spiritual about Ramayana 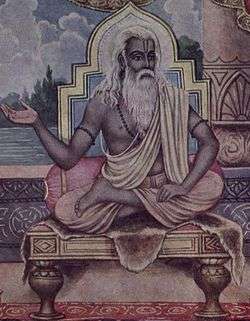 Meaning of the Adhyatma Ramayana

The Adhyatma Ramayana is easier to understand for modern aspirants. She interprets the whole Ramayana from the spiritual point of view. She leaves out parts of the Ramayana that seem disturbing from today's point of view. There is less war, betrayal, etc. The Adhyatma Ramayana shows how a spiritual aspirant can behave - and how God works in the world. Particularly uplifting are the instructions on Vedanta, which are intended for aspirants involved in normal work and family life.

The Adhyatma Ramayana is such a "modernized" version of the Ramayana, which combines the symbolism of mythology with advice on spiritual practice and Advaita Vedanta.

The Adhyatma Ramayana shows the story in a spiritual context. Everything is predetermined, Rama is Brahman, He does not kill but gives liberation to those whom He 'kills'. This is called uddhar. It also helps to understand one or another anomaly in the version of Valmiki.

So the intrigue of Manthara was not a malicious act on her part, but was initiated by the goddess of knowledge, Sarasvati. Manthara only plays her part in the great drama of fate, which needs a reason so that Vishnu can incarnate as Rama and destroy Ravana.

According to this text, Sita was never actually kidnapped. Rama, as the omniscient, suspected the kidnapping. He calls SitaAgni and creates a MayaSita - an illusion of herself. Ravana abducts this illusion. The true Sita arises again after the ordeal by fire when Ravana was destroyed.

We are made aware of the big picture, of the connections beyond the visible, which are set in motion by Rama as Brahman. The Adhyatma Ramayana elevates every act of Rama to a transcendent level. So the seeker can explore his own life through these symbolic acts. External life is just a metaphor for the soul's eternal journey.

This book is a parable. A king in exile is deceived by Maya and he loses his love (Sita) to the demon of darkness (Ravana). Later he shows repentance and begs for mercy. Friends (Hanuman) are put by his side to get his loved one back. The Adhyatma Ramayana is structured as follows:

Stories from the Ramayana