How do knobs grow on trees

The Swiss "violin trees" - in search of the perfect wood

Lorenzo Pellegrini shakes his head and walks on, his knees sinking deep into the snow. He won't waste any time with this tree. Too many branches. This means that the wood will have too many pimples later. Knobs ruin the reverb. Pellegrini is a "tree sorter". He finds the perfect one among tens of thousands of spruce trees. He finds Stradivarius trees.

"Lentement, lentement, lentement," he says. "Slowly, slowly, slowly". This is how trees used to make violins should grow. "Up here in the mountains the trees grow so slowly that they sometimes even stop completely. In time they gather their strength. Here there are trees that are a thousand years old," his blue eyes widen with admiration and amazement . "Can you imagine that!?"

Pelligrini has been working in the forest since he was nine. He grew up in the mountains of Abruzzo, further south of Italy. Every year he went deep into the woods with his family, they hiked for hours. Far away from the next village they then built a small hut for themselves, in which they lived for eight months, felled trees and chopped up trunks. "If there was any left over of my food, I gave it to the wolves," he says.

At the age of 30 he discovered the Risoux Forest in the Swiss Jura Mountains and never wanted to leave. This is where Antonio Stradivari obtained his wood to make the best violins ever. Thanks to Pelligrini and a few of his colleagues, one of the best "tonewoods" in the world can still be found here today. 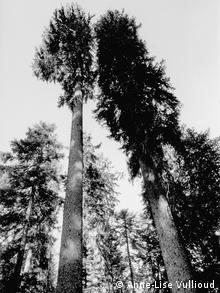 The tonewood is produced from these trees in the Risoux Forest

Today Pelligrini is 83 years old. But that doesn't stop him from climbing the trees like a squirrel. He tends the forest as if it were his garden. Only his weeds are a bit bigger: he sorts out beech trees that could suppress his valuable spruce trees. "So that the trees grow slowly and evenly, you have to let them grow nice and close together, like the hair on your head," he says. "And they shouldn't get too much water. The inside of the tree should stay dry. This is how the best wood is made. Stable and with a powerful sound."

Gardening for the 24th Century

Pelligrini's "gardening work", however, benefits people who will not be born for several hundred years. So that there will still be spruce wood that sounds good in the 24th century.

Once he finds the perfect tree, he has to wait for the right day to cut it down. This day is usually towards the end of autumn, when the liquid in the tree has sunk into the ground and when the moon is low on the horizon with the greatest distance from the earth. Because apparently the magnetic field of the moon not only pulls the sea water and thus causes ebb and flow, it also pulls the sap in the tree. On this day the tree is as dry as it can be. Then Pelligrini and the other foresters organize a ceremony. Most often the youngest among the foresters has the honor of cutting the tree.

History of the world in one piece of wood

Jean-Michel Capt is on his way to Le Brassus, a small mountain near the forest where many of Switzerland's best watchmakers live and work. He points to a summit shrouded in clouds. "If you can see the summit, it will rain, so they say," he says. "And if you can't see him, then it's already raining." 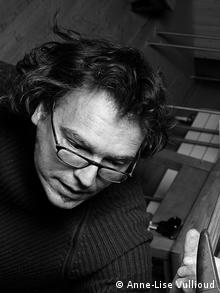 Capt is a craftsman and inventor. He uses the tonewood Pelligrini finds to build guitars. In his workshop he proudly presents a narrow piece of wood. It comes from a tree that was at least 350 years old. The grain, the lines are completely straight and close together. If you put your finger on one of the lines, you can let your imagination run wild: That was perhaps the year in which the First World War began. If you move your finger a little, you might be in the year in which Louis XVI. had his palace built in Versailles. This little piece of wood takes you back to the days of our ancestors.

In order to demonstrate the acoustic qualities of the wood, Capt now digs out a small music box. He pulls her up, she starts to jingle. He puts the jingling music box on the piece of wood and suddenly the whole room is filled with the sound.

Later we walk through the village, past school children who are on their way to go sledding. We go to one of the numerous musicians who live here. A crackling open fire fills the room with light and warmth, next to it is a large spruce table. David Guignard takes out his cello and starts playing a piece by Bach.

"My father was a forest warden and my grandfather built us a hut in the forest," he recalls. "The best moments of my childhood were in the forest. I was happy to live at the foot of the trees." Guignard's music teacher taught him that wood is never really dead. It reacts to changes in temperature and humidity, it continues to develop. I listen to the crackling fire and the cello strings that make the wood sing. At this moment, I can't believe I'll ever hear music like this again. When you are here, listening to an instrument like this, you see the snow, the wind and the cuckoo sitting on a branch, and you watch the bees that once buzzed through the violin tree with your eyes.