When will the beta version of iOS 13 start? 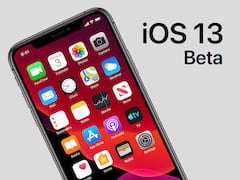 New beta of iOS 13
Photo: Apple, Montage: teltarif.deApple presented iOS 13 at the developer conference WWDC in early June. This also includes iOS 13 and iPadOS 13. Developers had to install a first test version of the software immediately after the keynote at WWDC. At the end of June - a week after the second developer beta - the public preview version followed.

This week, Apple released iOS 13 Beta 4. In contrast to the last usual practice, this time the manufacturer did not take around a week to allow other interested parties to update to the current advance version of the operating system. Just one day after the developer version, the public preview version of the new operating system was available.

According to Apple, the update brings among other things adjustments for the integration of "Haptic Touch". There are also further bug fixes and optimizations. Depending on the device used, the installation file has a size of around 700 MB. This shows that Apple is still making extensive changes in order to offer a system that runs as error-free as possible at the time of the official release of the firmware.

New beta of iOS 13
Photo: Apple, Montage: teltarif.de In addition to iOS 13 and iPadOS 13, updates for the public beta versions of macOS 10.15 and tvOS 13 are available for installation. Developers also have the option to install a new trial version of watchOS 6 on the Apple Watch. There is no public beta version of the smartwatch firmware.

Anyone who also installs the update on the Apple Watch - with the help of a developer account - should be aware that - unlike the iPhone, for example. iPad or Mac - it is not possible to downgrade to a stable firmware version with on-board resources. If problems occur and the Apple Watch may no longer be usable, only Apple Support can help.

It is not known exactly when the final versions of the new operating systems will be released for download. IOS 13 and iPadOS 13 can be expected in September - together with the next generation of iPhones. In another message, we have already shown how you can use iOS 13 on your iPhone today.