How hard was JEE for you

Of the great willpower to live your dream. Jee-Hye Bae, Deputy Solo Cellist, in conversation.

When did you discover your love for music?

I started playing the cello when I was nine. My mother is a big fan of classical music, even though she is not a musician herself. I am the only musician in our family! My mother had a lot of records and CDs and we used to go to concerts together a lot. At that time I listened to the piano a lot, especially Bach, his Goldberg Variations or something like that. So it was very normal for me and my brother that we had classical music. My mother actually wanted me to learn the piano. She had heard it was good for concentration and motor development in children. At that time, however, my best friend started playing the cello and I was so fascinated, especially by the sound! I also found it very attractive that I can take my own instrument with me wherever I go. My mother wasn't that enthusiastic at first, she told me it would be very hard if I wanted to play the cello really well. Originally she didn't want to buy me a cello either, but I went to my grandma's and she supported me, so I got a cello and started with it. My mother always wanted me to only do music as a hobby. She found this path so rocky and the music world itself so small, she also always warned me that it was so difficult to find a job. But I was so in love with my cello! And then of course in the repertoire, especially in the German one with Beethoven, Brahms, Schumann and so on ... 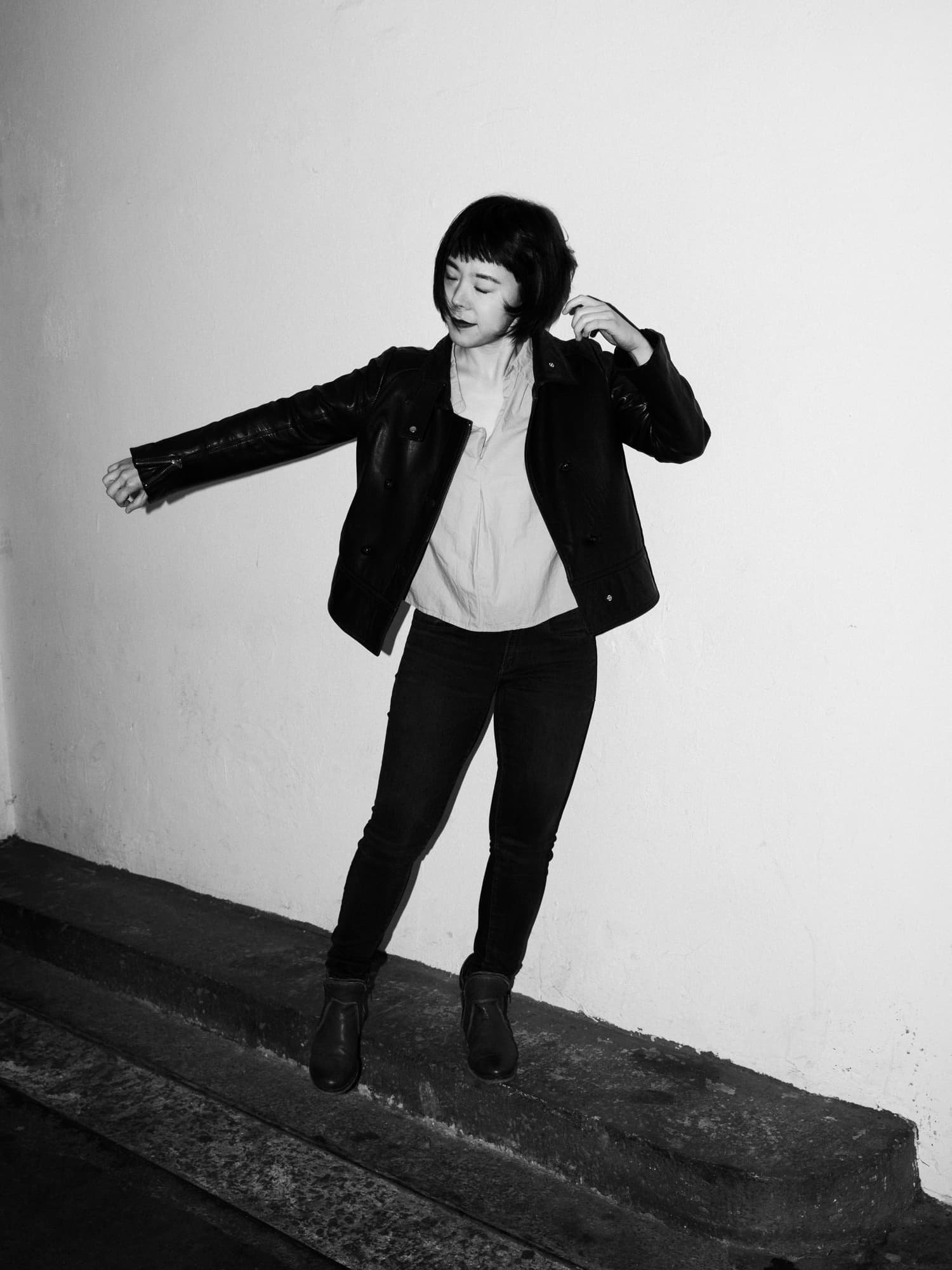 At that time you were still in South Korea, where you were born and raised. How is it there when you want to play an instrument?

The music system in South Korea is different than that in Europe, much more competitive, more competitive. Even in school you have to constantly audition, there is a comparison, and later in the orchestra there is a performance ranking. In Germany, on the other hand, there are many good teachers and broader instrumental training opportunities for children. Well, I fought through my cello studies with my mother, who was just very worried. Nobody in our family is a musician, nobody could help me or give me tips! However, my mother found a very good teacher for me in Seoul who really looked after me. I was ten at the time, and then I went to a music high school, which, by the way, I found much more interesting than a conventional school.

Is it true that the education system in Asia is so different? Does the drill that is being talked about in Europe really exist?

Yes, that's the way it is. I always wanted to be the best myself, always to get 1st prize. That's why I had to practice a lot. It's different here in Europe. When I ask my European friends, I find out that it was much more playful with them as children ... Even when I was little, I practiced three, four, five hours every day, there was no vacation. But that was completely normal for me, because everyone does it that way in South Korea, it wasn't unusual. However, only during school days! Afterwards at university it's often the opposite, you don't practice a lot anymore, you party instead ... I really enjoyed this more relaxed time, but after about two years I thought about it it would be better to go abroad to continue studying there, to deepen things.

What exactly did you want to deepen?

I wanted to learn from Europeans. I have already attended a couple of master classes with European teachers in South Korea, and that has always inspired me enormously. I also saw that at the major competitions it was always the cellists who won the prizes who had studied in Germany. So it was a really new world for me, especially stylistically. The Korean cellists have great finger technique, extremely fast. But I was enthusiastic about the sound of the European cellists. At the time, there was a trend in South Korea for all talented young musicians to go to study in the USA, and originally I wanted that too. After a competition, however, I decided to come to Germany and study with Jean-Guihen Queyras in Freiburg, whose students had impressed me enormously. 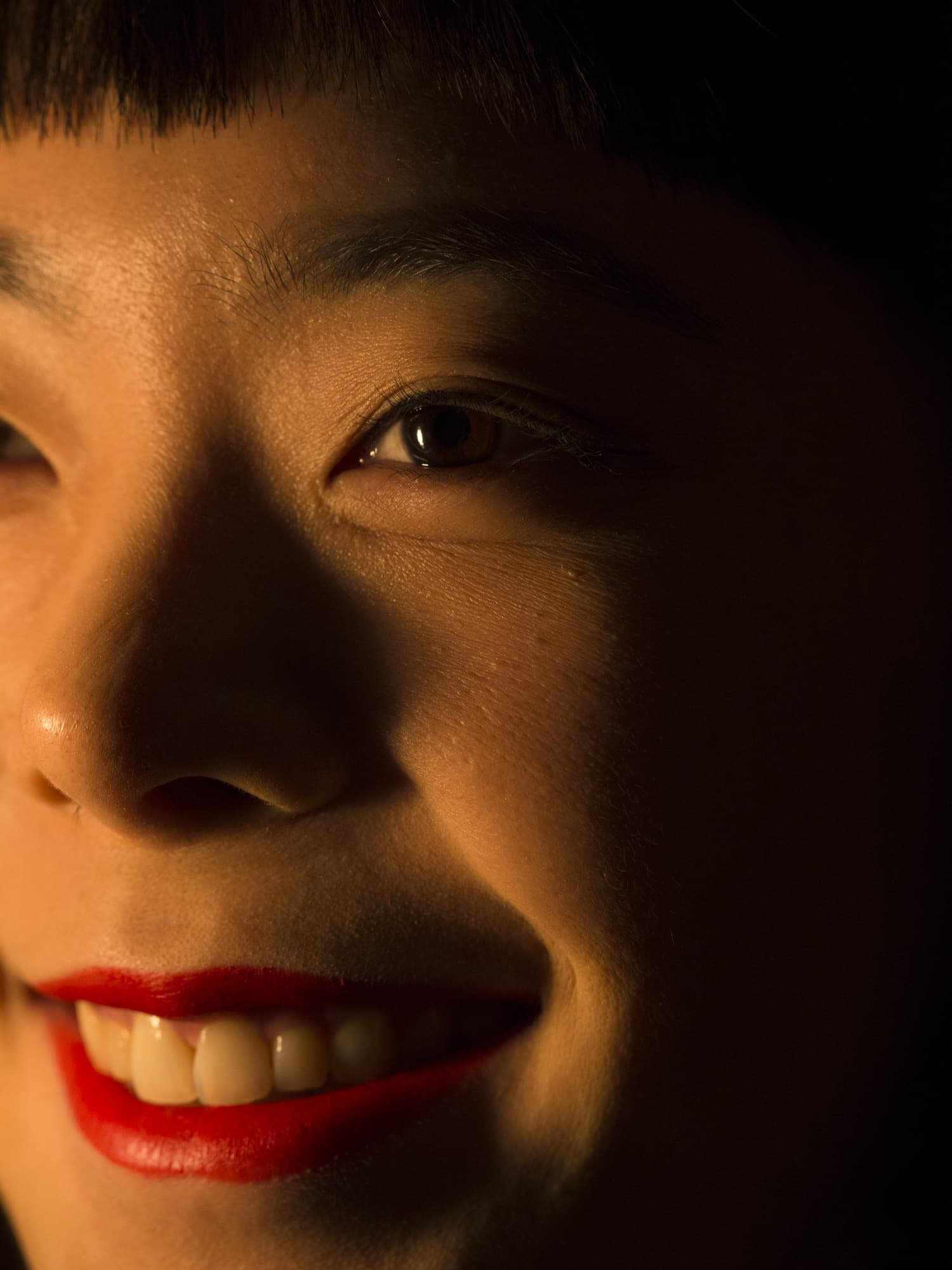 How does your family see you now?

Are you in your home country more often?

I fly there about once a year, during the summer vacation. So far I haven't been very homesick. Many Koreans live here in Cologne, before in Freiburg and then in Berlin, where I also played in the orchestra. For example, our solo flutist in the Gürzenich Orchestra, Sunghyun Cho, is a school friend of mine. So I have no chance of getting homesick. But of course I communicate with my family via cell phone. When I'm here, I feel freer than at home. I live the life I've chosen. And I like my colleagues. I'm really good friends with many of them. I've been in Germany for almost ten years now!

You often play at the first desk, so right at the front with the conductor. How would you describe this communication that is taking place there?

I feel what the conductor wants to do. It actually doesn't happen primarily through seeing, but I feel it. That's why I really like to play up front, it's easier for me. Incidentally, I also sense when we, the cello group, want to do something differently. Of course, the decisive impulses come from the conductor, but there are also many details that we design and determine ourselves.

Have there been conductors in the last few months where you had the feeling that something was flowing between you and him or her?

François-Xavier Roth, of course! And then Duncan Ward, with whom we Hamlet played by Brett Dean. By the way, this piece is just awesome ... those funky rhythms, I like that so much! There were also some great solos in this opera for me, for example at the end, there is such a beautiful melody. So I was really lucky that I got to play that! 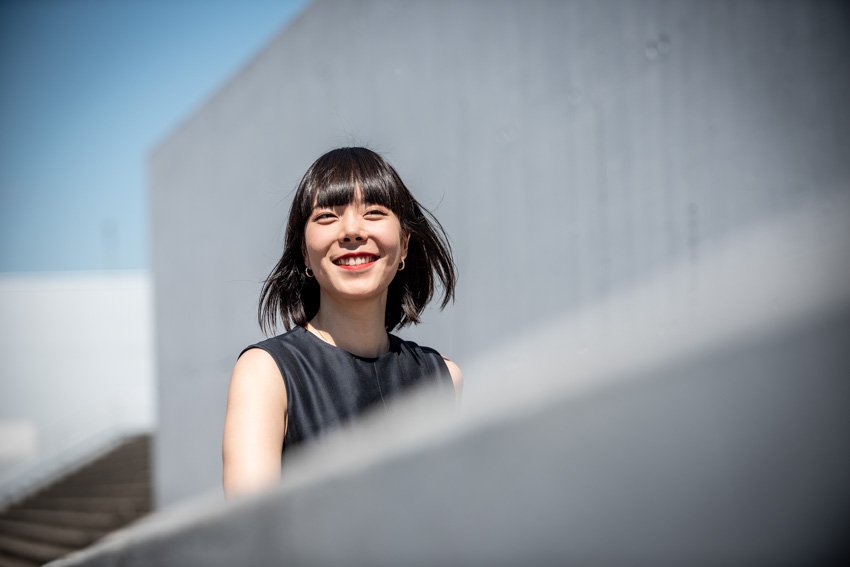 When you play the cello, the whole body is involved ...

Yes exactly! But when I play, the body of the cello vibrates too!

Actually yes! I've always wanted a particularly small cello, but that's almost impossible. I bought the cello I play now two years ago and I've been looking for it for five years! When I came to Germany, I immediately started looking. It was by chance that I found mine at a violin maker. I love it for its sound, but its size isn't ideal for me either. Sitting for long periods of time, for example at operas, is simply very exhausting.

What do you do to compensate physically?

I try to go to the gym regularly, using the classes they offer. Bodypump, jumping, something like that with a lot of people and a trainer screaming up front, I like that. Sometimes I do spinning too. Unfortunately, most of these classes are in my gym when I'm on duty. But once a week it usually works. 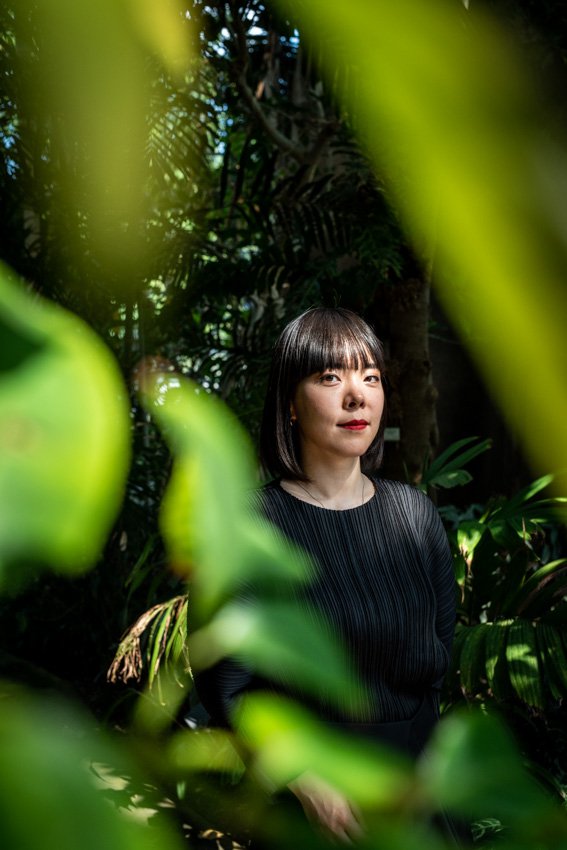 Besides music, is there anything else that you enjoy and enjoy?

It's more quiet things that I like. I've knitted a lot of scarves! (laughs) It's probably my nature, but I don't really enjoy being outside, it's more the things at home that appeal to me. I like knitting or reading, that kind of quiet pursuit.

There is also something very mathematical about knitting ...

Yes. And that's why I only knit scarves and not complicated things, because I don't want to have to think about it. Even if I'm playing a mobile game, it has to be easy.

How do you use your cell phone?

I already claim that I am addicted. I don't have a laptop, so when I order something I always do it on my phone, and I also watch a lot of Korean series and films on my phone.

Are there any apps that you use regularly and specifically?

Since I have very poor orientation, it would be difficult for me to survive in the urban jungle without Google Maps. Sometimes I also like to share information about a good restaurant that I've discovered and write a post about it. Otherwise, there is a Korean comic book app that I love. Well, and then of course youtube ... 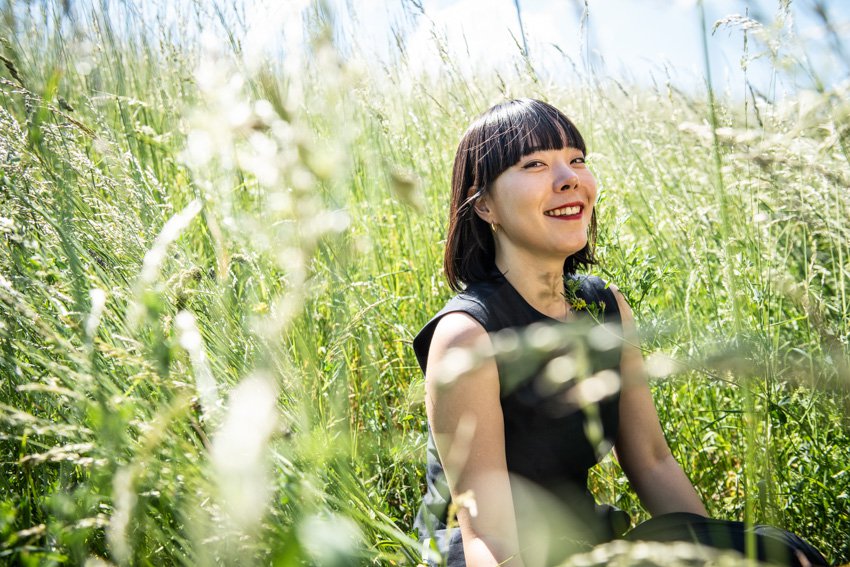 Do you sometimes prescribe a cell-free day?

Well, I consciously never tried that. No! I forgot my cell phone a couple of times after the opera at the State House, so I had to do without it for a day, that was possible.

Music is the stark opposite of the cell phone, you are very consciously in the here and now.

Yes! Bruckner, for example, you just have to sit there for an hour and listen and do nothing else. It can be difficult for younger people, without speaking, without movement.

And how! Bruckner is something very special to me. When I was in the Staatskapelle Berlin, I toured three times with Daniel Barenboim and played an entire cycle with all nine Bruckner symphonies, each time for three weeks, first through Europe, then in New York, in Japan. Before that, I always found Bruckner a little boring. But when I was allowed to play the symphonies in the orchestra myself, it was like diving into another world. This tension, this harmony. I loved Brahms and Beethoven even before. But when I came to Germany, Bruckner was a revelation.

Is there something that you dearly want to play in the future?

Yes, I would like to get to know all of the Mahler symphonies. I've already played a few, but not all of them, I'm still missing a few.

Do you also do chamber music?

Yes very much. In January, for example, in the “Chamber Music in Cologne” series, I play Schubert's string quintet with colleagues from the Gürzenich Orchestra and the WDR Symphony Orchestra. And on February 10th I will take part in the Gürzenich chamber concert »Night Academy« with Pierre-Laurent Aimard, which will take place after the subscription concert at 10.30 pm in the old waiting room. I also regularly play the cello quartet with my colleagues, it's fun!

How did you get into the Gürzenich Orchestra? That's a special story ...

Oh yeah! Before that, I played three years in the Staatskapelle Berlin, including one year as deputy solo cellist, but then didn't pass the probationary year. So I applied to the Gürzenich Orchestra, but initially got no answer. A short time later I happened to be playing on a project as a temporary worker for the WDR Symphony Orchestra. There I met Daniel Raabe, who is a cellist with the Gürzenich Orchestra and who was also involved in this project. Obviously my application never got through. Daniel stood up for me and spoke to Bonian Tian, ​​the solo cellist, and he also invited me to come to a rehearsal that same evening. A week later the cello audition was already, I was allowed to take part - well, and I passed it. I am very grateful for that!