Is it worth buying Bitcoin now

$ 20,000 more this year? Does an investment in Bitcoin still make sense?

But are there alternatives? Yes. Safety-minded investors should look to the stock market. Opportunity-oriented investors can take a look at the crypto market, for example. Because even if Bitcoin has risen from 3,000 US dollars to over 10,000 US dollars in the last few months, that does not mean that you have missed the perfect entry point. If you follow the current forecasts, the mother of all cryptocurrencies is only at the beginning of what will probably be a very long-lasting high-rise.

The course is reminiscent of a wild roller coaster ride 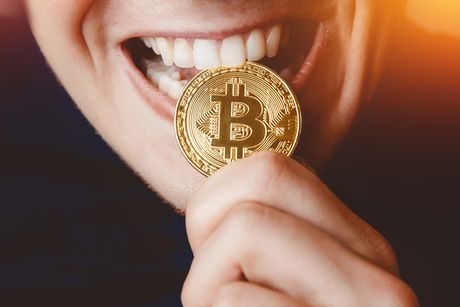 Controversial among many market participants.

While many critics were of the opinion that Bitcoin would never be able to recover from this crash, the (quite surprising) comeback followed in early 2019. Bitcoin climbed to US $ 10,000 within a few weeks - at the beginning of June it was even at US $ 13,800. Then there was a minor correction - now the Bitcoin is in the range of 10,000 US dollars.

But is it worth investing in Bitcoin at all now? Yes. The prognoses are so promising that the risk, which of course does exist, could well be taken.

If you follow the current forecasts, Bitcoin could jump the magical US $ 20,000 mark this year. After that, according to the experts, all doors will be open - on the one hand, many analysts believe that Bitcoin could be at the 50,000 US dollar mark next year, on the other hand, there are also forecasts that the cryptocurrency will already be over 100,000 US dollars (or even higher ) see.

In the end, there are a few price drivers that should not be underestimated: The next Bitcoin Halving is expected in mid-2020, Libra, the Facebook crypto currency, is also due to hit the market next year and it is assumed that acceptance will continue to increase.

The further Bitcoin moves into the middle of society, the higher the price can rise. "

However, the forecasts should not be understood as a guarantee of profit. Again and again, unforeseen events can lead to setbacks - hacker attacks or critical statements by heads of government are very possible, which can ultimately lead to a trend reversal, i.e. a price collapse.

Anyone who invests their money in Bitcoin should take into account that it cannot only go up - the market is extremely volatile, so you need to have particularly good nerves. In the morning the Bitcoin can be at 11,000 US dollars, in the afternoon it can be below the 10,000 US dollar limit and one day later it can be back at 10,500 US dollars.