PS5 games should actually get even more expensive

For the first time in a whopping 15 years of video game history, video game prices are rising for the first time. More precisely, those of the upcoming next-gen titles, including those for Sony's PS5. Because of this, games appear like Call of Duty Black Ops: Cold Warthat revised Demon's Souls or Godfall only for around 80 euros, instead of the usual ones in Germany 70 euros.

But apparently the discussions for the increase in the upcoming games did not go to Sony's satisfaction at first. The company would have liked to ask for more for its new games.

Even higher price for PS5 games?

Publishers and developers have long intended to raise the prices of video games. With the new generation of consoles, the project is now being implemented and the previous $ 60 games are subject to a $ 10 increase. In Germany this even means an increase to around 80 euros.

According to a report from Bloomberg, Sony actually wanted to ask for more money.

The reasons: Sony's price increases are justified with "The growing development resources that are needed for these ambitious games." In particular, the development of AAA games is now said to be far more cost-intensive than it was a few years ago.

How do other publishers handle this? Not everyone sees it that way. Like Kenkichi Nomura, CFO of Capcom says the price of games shouldn't be based on how much money companies spend on development, but on how much money consumers are willing to pay for quality. Also Ubisoft borders on this decision for the time being and keeps its prices. 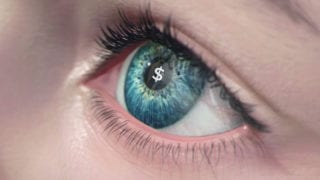 Will all PS5 games be 10 euros more expensive?

Since it doesn't depend on Sony and Microsoft alone how much games are played on PlayStation 5 and Xbox Series X / S cost in the next few years, but other developers and publishers like Capcom have a say, not all games will be 10-20 euros more expensive in the future.

However, Sony already has approvedthat there will definitely be games, especially larger AAA titles, that will be sold for the higher price.

* Note: All links to online shops are affiliate links. We receive a small commission for every purchase made through this - without you paying a cent more. Thank you for your support!

Bought PS5, got 2 bottles of water: woman arrested for fraud

Secure PS5 including O2 contract: So you now get a PlayStation 5 (update)

PS5 could be bought from Müller again for a short time, that's the current status (update)

PS5-DualSense: These games rely on the new features