Typography and typesetting in editorial design.

Typesetting is both a craft and an art. You have to know about the effect of a font in order to use it correctly. But editorial designers have to consider many more typographical details.

Anyone who designs a magazine or magazine has to be able to do a lot: master the typesetting program, know the rules of harmony and tension in design and take the interests of the readership into account. Technology and psychology are therefore equally in demand. This not only applies to the type area, image placement and grid, it also applies to the selection of the appropriate font.

The font must always be easy to read in printed publications and column breaks must be clearly visible. It is important that the reader can find connections quickly. And yet the sentence of a magazine differs significantly from that of a book: If you can put in the book side by side in the same font, the reader demands variety, a living element, a clear demarcation of the individual articles from one another and that on the magazine pages resulting play with the scriptures. The interaction of the fonts in a newspaper or a magazine or magazine is therefore a particularly important element in giving the printed product its very own character. 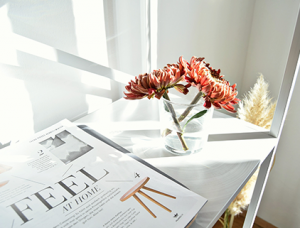 Each font has its own character and arouses different associations in the reader. Round, curved fonts appear softer and more harmonious than, for example, angular fonts. What do you think of when you have a fracture? Certainly to the time around 1930. A Frutiger, on the other hand, is perceived as modern, even if a little dusty. When choosing the right font, you should definitely pay attention to its connotation - its subconscious effect. The same goes for choosing between a sans serif and a serif font. Serifs look serious, serious and are well suited for longer text passages. Sans serif fonts, on the other hand, stand for shorter texts and appear modern and young. All of this has to be considered when deciding on a font for a magazine or newspaper. The top priority when choosing a font should always be whether the fonts are legible and whether they fit the character of the magazine. This creates a uniform overall image that matches the printed product and has a recognition value.

When choosing the right font, there are other important typographical questions to be answered: Should you use more than one font? How many are too many? And how do you use which font where? To come to the point: There are no clear rules for this, only recommendations. Just as little as for the correct font sizes, which should be selected to match the column width. This is where the art that an editorial designer has to master begins: empathizing with the target group, knowing about the paper used and the contents of the magazine. If the target group is young, the content is emotional and the paper is smooth, a smaller, fine font can be chosen. Playing with the styles and different fonts is a must-have for the young readership. Here you can play with large and small headings or dare to do something extraordinary in the running text, such as a white font with a black background. However, if the paper soaks up a lot of color, if the readers are older, or if the content is more objective, the fonts should be clear, concise and distinctive. They must match the character of the magazine, must not "converge" in the absorbent paper or interrupt the flow of reading with squiggles. 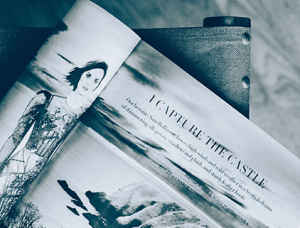 The aim of the editorial designer is always a cohesive typeface that still leaves scope for design. Headings and text should form a visual connection, not least relate to each other typographically - unless you want to deliberately draw attention by breaking them. If the selected font does not offer enough styles, a maximum of three different fonts should be used for headings, running text and opening credits or captions. But be careful: it is essential that the captions differ from the text - even if only by their size. Many choose to put the captions in italics, but that makes them less legible. A condensed style is also often used as the fourth font for information boxes or other information such as highlighted quotations.

The different font styles create subdivisions. Readers have learned that a headline is big and a caption is small. They like to read the headings first, then look at pictures and typographical highlighting such as quotes. The editorial designer can use this knowledge to consciously guide the reader and, for example, mark the beginning of a new section of text with initials. The initial, which comes from letterpress printing, provides orientation, but avoid the letters I, J, Q, Y as well as quotation marks. They cannot be clearly recognized as an initial. For an even clearer subdivision, lines are often used that differ in color from the text. But the same applies here: less is more.

Because if there are too many interruptions, for example due to separations or insertions, the reading flow is too severely interrupted. The patience of the readers, however, is rather low thanks to new reading habits caused by the Internet and Co. Therefore, subdivisions should be used, but in moderation. The same applies to the choice of typesetting: whether flutter or justification depends on the readership. A flutter allows for fast, active reading, but also has an uneasy and inconsistent effect. Justification, on the other hand, looks more harmonious, but may hinder the flow of reading due to different word spacing. So here it is important to weigh up what character the typeface should have and whether it fits the magazine or the newspaper.

One tip: If you are unsure about all of this, you should simply try several variants, print them out in the original type area and compare them. Because the set pages look different when printed than they do on the screen. 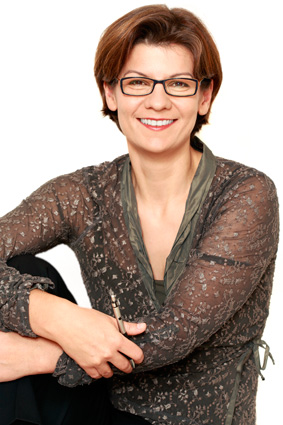 We were able to win the author Charlotte Erdmann for the knowledge series. She has already written several other series for our blog. (Image: Matthias Martin)

Previously published in this series: