What happens if a capacitor fails

Condenser in the loudspeaker: one of the most important hi-fi components

Capacitors play an important role in electrical engineering and thus also in the hi-fi world. Here you can find out exactly why capacitors are so important in loudspeakers and the like!

A capacitor is an electronic component that, in simple terms, is able to store electrical charge. However, this also allows a capacitor counteract rapid changes in tensionwhich is particularly useful in the hi-fi sector. A capacitor is used, for example, to transmit a signal that is as constant as possible to the loudspeaker. In practice, for example, capacitors are used for particularly strong bass. If the bass level in a song increases quickly and strongly, it can happen that there is not enough voltage available. In such a case, the capacitor helps out with its stored energy for a short time.

In this case one speaks of “smoothing” the DC voltage. For this purpose, power supply capacitors are built into the amplifier, which enable a clean, "smooth" DC voltage. Dispensing with such power supply capacitors would lead to an undefined voltage that cannot be processed further. Graphically represented, the voltage would then only consist of large sinusoids that would drop back to zero volts after each deflection. So that the result doesn't look so sketchy, the capacitors have to fill these gaps with their previously stored charge.

Another purpose of the capacitor is to couple two amplifier stages, for example the preamp and the output stage. When the signal passes from the preamp to the output stage, ideally only the actual information is passed on. So only the alternating voltage should be transmitted, but not the direct voltage. This task is taken over by the coupling capacitor, which blocks the direct voltage but lets the alternating voltage through. Incidentally, two normal amplifiers can also be connected to each other in the same way. The coupling capacitor should also transmit the desired frequency range completely linearly. 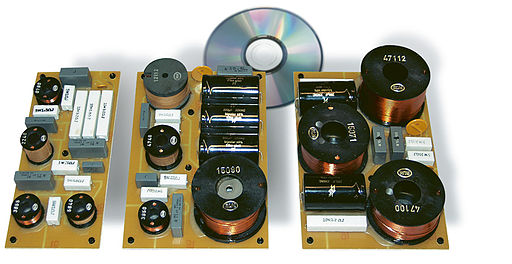 This is how it works

The term "condenser" comes from the Latin word "condensare". That means "condense". There are now a number of different types of capacitors, but they all work on a similar principle:

The Capacitance is given in Farad (F). Mostly in microfarads (µF). For example, if the capacitance is 1 farad, the capacitor can store a charge of one coulomb (C) thanks to charging to a voltage of one volt (V). In addition, the voltage on the capacitor is given in volts (V). However, the specified value always leaves some leeway, around 20 percent more than actually necessary. If a capacitor is operated with +50 volts, you will usually find values ​​such as 63V and 5,000 µF on it. Manufacturers usually guarantee that the capacitor will work correctly under these conditions up to a temperature between 70 and 80 degrees.

What can I do if a capacitor fails?

A capacitor can fail in the event of strong heat development of over 80 degrees (e.g. due to strong sunlight). White smoke rising from the amplifier case is a sign of a defective capacitor. Anyone who owns older hi-fi devices has probably had a capacitor in the loudspeaker or elsewhere replaced, or even replaced it themselves. With a little tinkering experience, you can do it yourself. Inexperienced people should better leave the task to a professional. 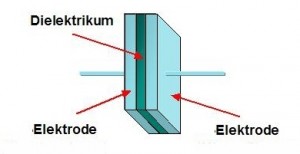 In addition to excessive heat, a defect can have very different causes. But that is very common dielectric affected. This is the insulating space between the two electrodes. In many capacitors, the dielectric consists of a type of gelled water mixture that can, however, dry out over the years. Then the capacitor either loses its capacity or gets a short circuit. A bang and the smoke formation described are the consequences. It is difficult to estimate when the end of a capacitor's life will be reached. For some it is already after five years, others only bless the temporal after 20 years. Some capacitors can even survive for half a century.