Why are we taught pi over dew

Spectrum Direct: In your manifest you claim that Pi is wrong. That sounds revolutionary!

Michael Hartl: Indeed. The thought that such a basic mathematical constant could be "wrong" in some way is terrifying.

Was the math we all learned in school wrong?

It was flawed in the sense that you were taught an unnatural convention. A circle is much more naturally determined by its radius than its circumference. You have learned: circumference equals diameter times pi: U = dπ. So pi is the ratio of diameter to circumference.

In practically every respect, however, it is better to calculate with the ratio of radius to circumference, which I denote with the Greek letter τ (tau). An example: In radians you can specify a right angle, i.e. a quarter turn, with τ / 4 or with π / 2. What is more plausible?

On the other hand, however, new disruptive factors appear elsewhere, for example in the area of ​​a circle.

You mean the formula A = πr². This is actually the climax of the whole Tau Manifesto. I don't want to anticipate the punch line here, but I can reveal this much: In this well-known formula there is actually a factor 2 missing - the notation A = ½ τ r² is more natural.

So you propose to rewrite all textbooks?

It is not necessary at all. You can change over to the more natural circular constant, so to speak, by simply replacing π by τ / 2 in formulas. Conversely, in books that use τ, one could return to the usual notation by substituting τ = 2 π.

If you follow your line of argument, how did this mess come about at all? Who is responsible for this historical error?

I suspect it is ultimately related to the fact that the diameter of roughly circular objects is easy to measure. This makes it easier to calculate π = U / d in practice. But that doesn't make it good math. Archimedes approximated U / d and thus took a step in the wrong direction - but the ancient Greeks did not have our modern algebraic notation, so the error is understandable.

The real culprit is Leonhard Euler, who made the notation π = U / d widely known. Euler had modern algebraic notation - he invented a lot of it himself! So he has no excuse. Since he was a really great mathematician, I am surprised that he did not identify the circumference / radius quotient as the more natural quantity. Obviously, great geniuses can make mistakes too.

Do you think people will take your suggestion seriously - or is the Tau Manifesto just a weird hobby of a geek?

Many take it seriously enough to tweet about it and recommend it to their friends. Quite a few programmers have told me that they have defined tau = 2 pi in their programs. And given the educational advantages, τ is also beginning to creep into one or the other classroom. The conspiracy has begun.

Speaking of conspiracy. Do you want to subvert the western tradition? Tau sounds like Tao, the foundation of all being in Taoism - and you allude to its philosophy of yin and yang in your manifesto.

I hope that at some point we will all be Tauists. But don't worry: Tauism is based on reason, not on faith - Tau-ists are never pious / pious!

How should you celebrate Tau Day?

On Pi day you traditionally eat pie - that is, round baked pies and cakes. There are twice as many pi (e) on the day of dew.

Thank you for talking to us, Mr. Hartl.


Note d. Red .: In an earlier version of the article an incorrect definition of τ was given by mistake. We have now corrected the mistake. 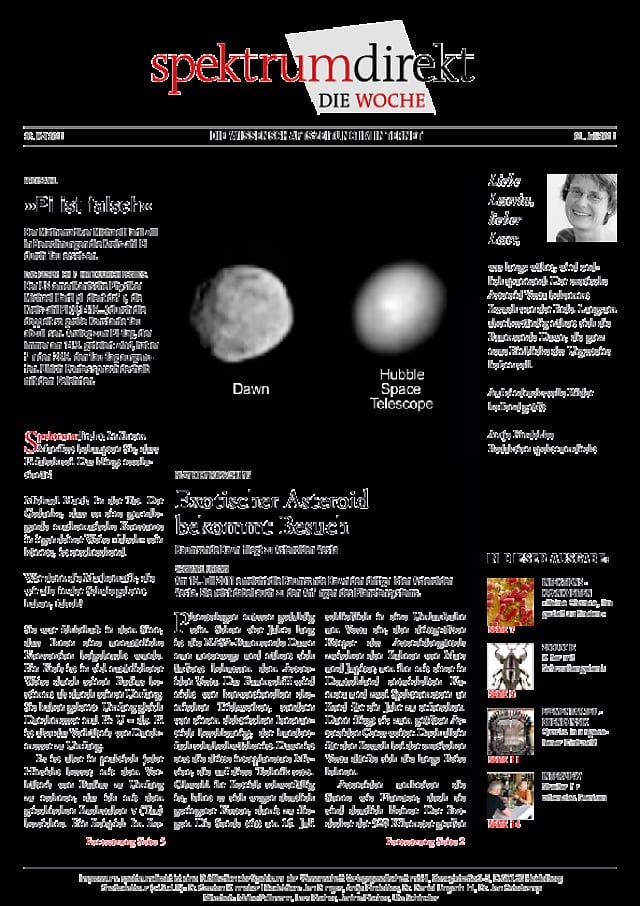