What is the uncus in the brain 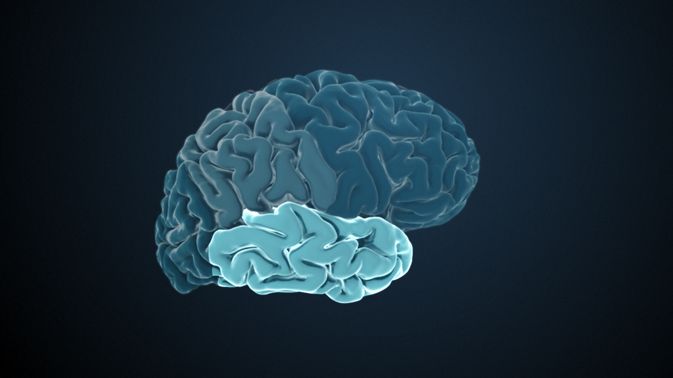 The temporal lobe, the temporal lobe, is - just after the frontal lobe - the second largest of the four lobi of the cerebrum. It is a varied part of the brain, both anatomically and functionally. That makes him very interesting.

The two temporal lobes frame the brain stem. They consist of iso- and allocortical regions and also contain the non-cortical core areas of the amygdala. The temporal lobe is truly "multimodal", it serves many functions with many different centers: smelling, hearing, speaking, understanding, visual recognition and memory formation.

But before misunderstandings arise, we should clarify: The anatomy means by "temple" the region just in front of and directly above the ears. Most of the temporal lobe lies below this. The temple of the colloquial language, on the other hand, is further forward. And the frontal lobe is already under it.

The temporal lobe merges into the parietal and occipital lobes without a sharp border towards the occiput and the vertex. It is separated from the frontal lobe by a deep groove, the lateral fissure. The insula lies in its depth. Looking at the brain from below, you can see that the two temporal lobes “frame” the brain stem. After all, its front, blunt pole is actually at the rear edge of the colloquial temple.

Looking at the temporal lobe under the microscope, in addition to centers with the typical six-layer structure of the neocortex, there are also numerous allocortical centers - that is, “differently layered”, non-six-layered cortices. In addition, the temporal lobe is home to the amygdala, which consists of layered - i.e. cortical - and non-layered collections of nerve cells. Given this diversity, the temporal lobe has to be discussed “piece by piece”, region by region.

Perhaps the most famous function of the temporal lobe is hearing. Known - yes. But obviously - no. The primary auditory center, the so-called Heschl's transverse turns, are hidden in the deep lateral fissure. The auditory pathway, which transmits signals from the sensory cells in the cochlea of ​​the ear, ends in these convolutions - after a few synaptic switchings in the brain stem and thalamus -. The primary hearing center in Heschl's cross turns is only about the size of a postage stamp. The downstream secondary and tertiary auditory centers are much larger. They lie in the upper and middle turn of the temporal lobe and occupy almost the entire cortical surface of the temporal lobe, which can be seen in the side view. Hearing is thus one of the most “extensive” systems in our cerebrum - language and music obviously require a high “computational effort”.

At the point where the upper and middle temporal turns merge backwards into the cortices of the occipital lobe - which mainly serves the visual system - auditory and visual functions “overlap”. There are “lexical” centers that deal with the recognition of written and spoken words. The sensory Wernicke language center, which is located in the dominant - mostly left - hemisphere is particularly well known. A lesion in this area leads to impaired speech and written comprehension.