What do you think of tai chi

Interview with Judith van Drooge. She has participated in numerous Tai Chi tournaments (form and push hands) in Europe and China and won more than 50 medals.

Also on this page: Interview with the referee Michael Teunissen 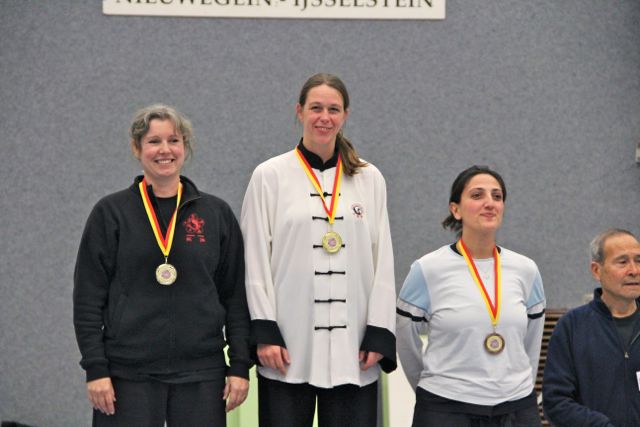 What do you think of Tai Chi tournaments?

Judith van Drooge: That gives a lot of inspiration. I've seen tai chi players grow through tai chi tournaments. Through this experience you see a completely different side of your Tai Chi.

Some say that push hands in tournaments doesn't look like tai chi.

Judith van Drooge: It's good for me when I have to compete against someone who doesn't do tai chi. Then I have the opportunity to practice my Tai Chi.

How many tai chi competitions have you been to?

Judith van Drooge: I now have more than 50 medals.

So you were very successful?

Judith van Drooge: Yes that's right. I took part in tournaments in different countries. Every tournament has different rules. This should align in the future. But it's great fun to get to know all the different people and styles of how they go their Tai Chi path.

With push hands, I usually lose points at the beginning because I want to feel my "opponent" first. Often they only use 1-2 techniques. After using it a couple of times, you will know how to use it - and it will be very helpful. My intention with push hands in a firm stance is to stand on my feet - to stay rooted. If you think about standing on your feet rather than pushing the other person, then that is very helpful. 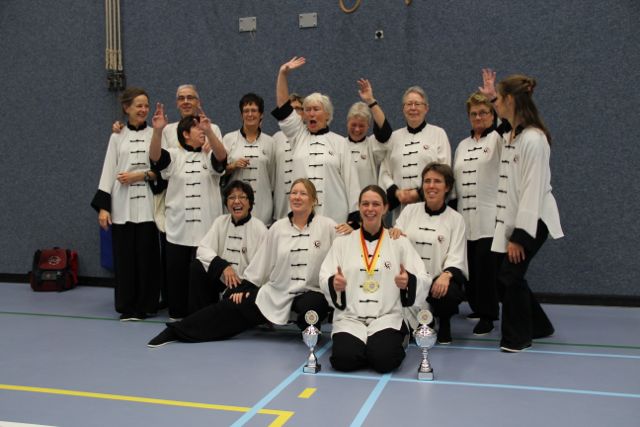 Earlier, you mentioned the various rules in tournaments. Is this a problem for you?

Judith van Drooge: No, I don't mind. It's about being flexible, changing your mindset, and just doing it. There are rules and limits everywhere. You just have to be able to handle it.

Why should one participate in tai chi competitions?

Judith van Drooge: It is very good for your own development to take part in tournaments because you perceive Tai Chi differently. The focus in your own training is different. I brought my students here for the first time and they have made so much development in their own training - just by training differently. The main thing you learn in competitions is how to control your emotions and how to deal with them under pressure. You can only learn that at tournaments. That's why I would motivate everyone and recommend: go to tournaments, try it! Not to win, but to develop your senses. 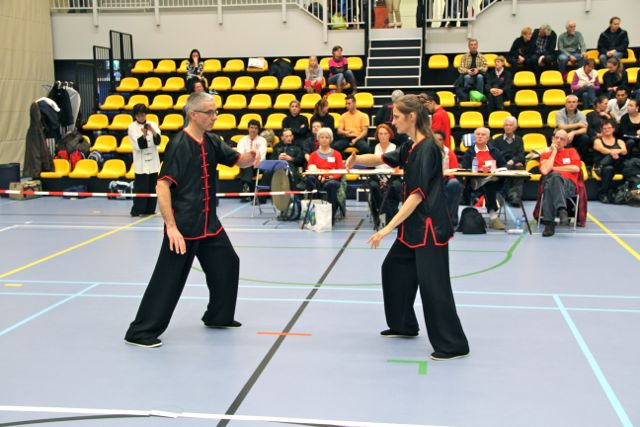 That also applies to form competitions?

Judith van Drooge: Yes, if you don't want to start with push hands, get in shape. It will help you change your mindset and become very focused on your own tai chi chuan. And then you will also want to do push hands, because the meaning of Tai Chi Chuan is push hands.

Thank you for taking the time to do this interview!

Why do you think Tai Chi tournaments are important?

Michael Teunissen: To see where you stand, to meet people of different styles, such as: B. at Tai Chi meetings. It is good to practice under different circumstances. Practicing in the living room or in the tai chi school is one thing, but at a tournament you can learn to play tai chi in a stressful situation and to deal with the stress.

Some say that push hands competitions don't look like tai chi. What do you tell them 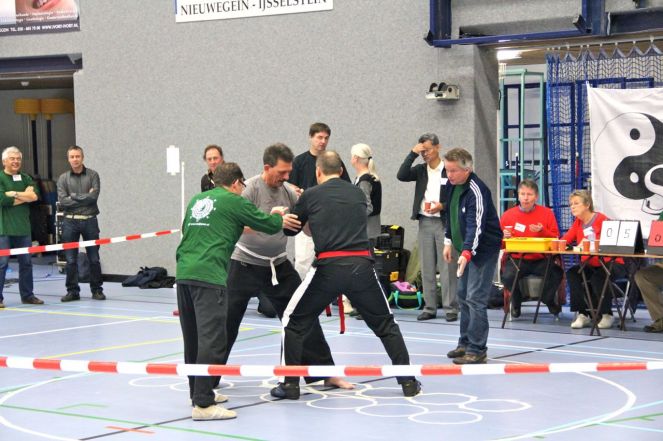 Michael Teunissen: Yes that's right. Most of the time, Tai Chi is not the place to be. But you have to start somewhere. If you always only look from the outside, you will not grow - develop yourself further. The level in general is not exactly refined. It is very difficult to use a good, beautiful tai chi technique when someone is pulling you or pushing you hard. But that is precisely the challenge: Applying the principles of tai chi under stress, while being attacked.

How do you benefit from Tai Chi tournaments?

Michael Teunissen: I keep learning that we are all beginners in this wonderful art. Well, I can do one or the other well, but there is still a lot to practice - it teaches me humility and it motivates me to keep learning. And that's OK with me.

It is a confrontation with yourself and not with others. You should always be aware of that.

Thank you very much for this interview, Michael Teunissen! 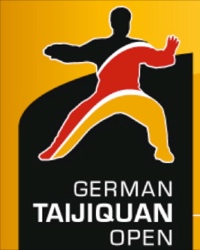 Also read the interview with Epi van de Pol on the subject.

Here you can find some videos about push hands tournaments.