Can a transparent medium appear colored

The previous sections have shown why we are able to perceive color. Of course, this ability only makes sense if there are also colored things. Section 6 deals with this. First of all, however, we should talk about some noticeable color phenomena that indicate how our sense of sight works.
a) phosphenes
Allow sufficient time for your eyes to adjust to the darkness, then close your eyelids. As a rule, the impression is not of complete darkness, but rather bright and colored areas. Apply light pressure to one eyelid with your hand. You can now see clearly lighter areas, possibly also patterns. This impression, which does not come from an object seen, shows how complex our visual process is. In this case, the pictures come from the fact that you have influenced the blood supply and also the nerve conduction through the pressure.
b) Color constancy
Look at a sheet of white paper in daylight, at sunset, in an artificially lit room or under the green canopy of a forest. You will probably always refer to the sheet as white, although the color stimulus that emanates from the sheet is always different. This depends heavily on the light source. The color perception remains largely the same when the color of the light source changes, because it is related to the environment, which changes accordingly. The phenomenon is with that of the Brightness constancy related, for both is the lateral inhibition responsible. This means that the signals of neighboring receptors influence each other in a certain way, whereby changes that affect the overall perception (brightness or color) are perceived less strongly, but contrasts are increased.
c) Simultaneous contrast
Compare the color of the small gray areas in Fig. 5. Although they are all objectively the same, they seem to take on the opposite color of the surroundings (induced color). J.W. v. Goethe, how the shadows change with the lighting. You can visualize this phenomenon in a simple experiment. Illuminate a shadow-giving object with two small, bright lamps so that you can distinguish between two shadows. Observe the shadow color as you change the color of a lamp with a filter.

The reason for the changed color perception is the lateral inhibition already mentioned above, which causes an intensification of the color contrast.
d) Negative afterimages
If you look at a colored object for about a minute without moving your eyes or head, the image will linger for a certain period of time. You can notice this if you direct your gaze to a bright surface (you can use one of the circular surfaces from Fig. 5 as an object). You will then become a negative afterimage see, which is represented in the complementary colors. This is because looking at the colored area desensitizes the corresponding receptors. In the subsequent uniform white impression, the previously not desensitized receptors react more strongly.
e) Positive afterimages
You can experience the opposite effect if you close your eyes for a few minutes, then briefly open them in the direction of a high-contrast object and close them again. You can now one positive afterimage see which shows that the signal output lasts longer than the actual exposure. Both effects, positive and negative afterimages, can be achieved with the Bidwell washer observe. This consists of a white and a black sector, which are separated by a smaller transparent (open) sector. When turning the disk, you can see a brightly lit object behind the disk for a brief moment through the open sector. Depending on the direction of rotation, the bright sector then follows and you see a negative afterimage, or the black follows and you see a positive one.
f) Stimulus that varies over time
The Benham disk consists of a specific arrangement of light and dark areas. If it is set in rotation, the pattern appears slightly colored, although, unlike the Bidwell disk, no colored object plays a role. This phenomenon is an indication that the sense of sight also reacts differently over time in relation to color perception. A similar effect can be seen on television when the camera pans quickly over a very bright area.

Even if our eyes are supposed to fixate on an object at rest, they hardly move noticeably so as not to cause premature desensitization. When looking at a black and white pattern, this can lead to an effect similar to that of the Benham disk: If you look at Fig. 6, delicate color fluctuations appear, the Fechnerian colors.

The things in our environment appear colored to us, so they themselves have to shine with a certain spectrum or in some way change the light that falls on them, for example from the sun. If this were not the case, there would be no point in our eyes being able to distinguish colors. The color can be caused by various mechanisms, some of which will be considered in this section.
a) light sources
We meet primarily as light sources Temperature radiator such as the sun or incandescent lamps, the continuous spectrum of which depends on the temperature (color temperature, black body radiation). Our eyes perceive the spectrum emitted by the sun as white, radiators with low temperatures appear orange or red because the short-wave range is increasingly missing. A non-continuous spectrum, such as that of a fluorescent lamp, can also appear white, as the color mixing rules make clear. Light emitting diodes, Lasers and gas discharge lamps with certain gases emit selectively in a certain spectral range. Neon lights, for example, glow red, glow lamps in phase testers glow orange-red and sodium vapor lamps above road crossings glow orange-yellow.
b) dispersion
Non-self-luminous things appear colored to us because they change the spectrum of the incident light - an object that diffuses all wavelengths equally appears white when illuminated with white light.

However, some things composed of transparent components - such as water vapor (fog) - also appear white. The light enters the multitude of transparent droplets, is reflected several times and then exits again. Since the light is not spectrally changed, the color impression is white. This is the reason why milk, sugar, snow, clouds, paper and many other things - including paint - appear white. A grease stain, on the other hand, replaces the air in the paper, prevents diffuse reflections and makes it transparent. Scattering processes can, however, also depend on the wavelength, which e.g. leads to sky blue (optics, atmospheric).

Bodies that absorb independently of the wavelength appear gray or black. A surface that reflects a high proportion of the incident light, as most metal surfaces do, appears with a (gray) sheen. (Metal look).
c) colors of substances
The colors of most substances result from selective absorption (as a result of resonance). Water, for example, gets its slightly blue-green color because water molecules absorb in the red and infrared wavelength range. The remaining part is scattered and causes the coloring. Colorants such as chlorophyll and carotene have resonances in the visible range.

A yellow color filter absorbs blue light. The red and green parts are both reflected and transmitted. The color filter therefore looks yellow when viewed through and when viewed from above. Blue ink looks blue when viewed through and through. Put some ink on a cover slip and let it dry, so it is blue when viewed through, but dark red when reflected. Red ink is green when viewed from above and red when viewed through. This is because very concentrated dyes behave differently: They reflect in the area in which they absorb, i.e. at the resonance frequency.
d) pigments
Paint consists of solid particles that are embedded in a binder made of a transparent medium. For colored lacquers, transparent particles (see Section 6b) are colored. Pigment colors contain opaque, colored particles that obscure the color carrier (opaque color). However, these terms are not always used in an unambiguous way.

The incident light is reflected on the surface of the binder, the carrier, the paint particles and the pigments. The light can be reflected on several particles and also selectively absorbed during transmission in the case of transparent particles. The exact result (such as the degree of saturation) therefore depends heavily on the individual processes and thus also on the pigment size and concentration.

Water colors from the paint box reflect little light, but let it through to the paper, where it is reflected and, after the color has been repeated, reaches the observer. Basically, watercolors act like filters to which the rules of subtractive color mixing are to be applied. But additive (partitive) color mixing also plays a certain role. This can be seen in the fact that a mixture of all the different color box pigments results in a dark brown color and not black, as would be expected with purely subtractive color mixing.
e) fluorescence
Can laundry be 'whiter than white'? In a sense, yes! Soiling makes the laundry darker and white laundry usually also yellowish. The white impression could be restored by turning the laundry slightly blue, but then it would be darker overall, i.e. gray instead of white. Optical brighteners however, use fluorescence. Invisible ultraviolet light is thereby converted into (additional) visible blue light. In this way, luminous colors also emit more visible light than their surroundings.
f) interference
There are a number of colored phenomena that do not involve dye. Look at a peacock feather or the neck area of ​​a male mallard. The colors shimmer in a peculiar way (this usually means that the color impression changes when you change the viewing angle). The reason for this is interference on a grating, i.e. on a regular structure. With the peacock feather, for example, this is achieved by regularly storing melamine sticks in the feather. In this case, light of a certain wavelength is reflected in a preferred direction by interference.

The colors of a soap bubble (or a vertically clamped soap skin, Fig. 7) and a layer of oil on water are also created by interference, in this case on a thin layer. The Start up a metal surface (Tempering colors) after heating is caused by interference on a thin oxide layer. The reason for the rather pale colors here is that light of a certain wavelength is extinguished by interference in certain areas of the layer, as a result of which it appears in the strongly unsaturated complementary color.

You can easily create thin-film interference yourself. To do this, take two slides and place them on top of each other on a dark surface. Look at the thin layer, in this case a layer of air between the glasses, in the light of an extended white lamp. Light pressure on the upper glass creates interference patterns in soft colors.

The topic of this article is extremely multifaceted - also colorful in a figurative sense! For this reason, not all aspects could be dealt with in detail, and for the remaining questions reference is made to the literature below. One goal was also to motivate you to make your own experiments and observations, because the color of our environment is a good example of the fact that we encounter a large number of interesting physical objects not only in the laboratory, but also in everyday life. 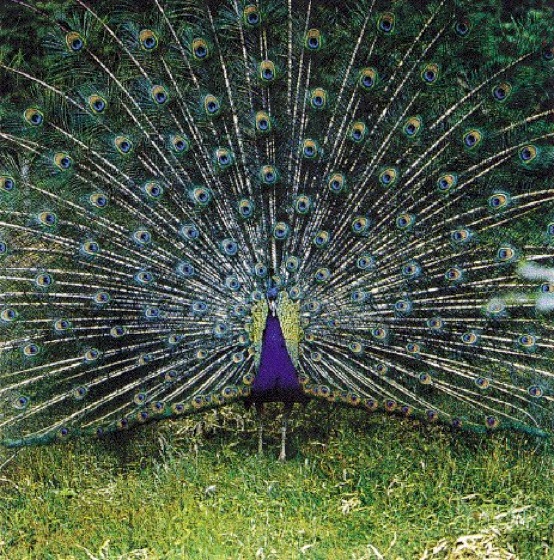 Color and color appearance 1: The shimmering colors of the peacock feathers. 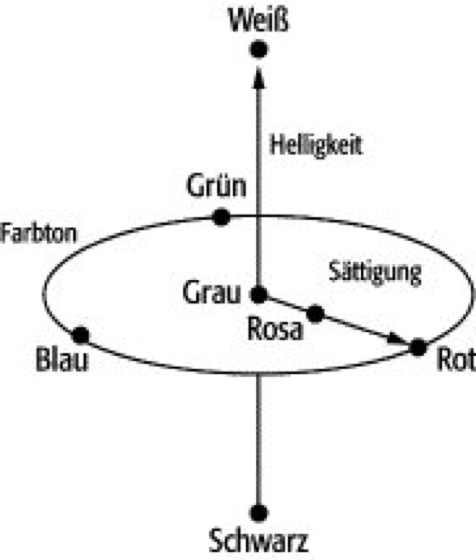 Color and color appearance 2: Arrangement of colors in a three-dimensional representation. 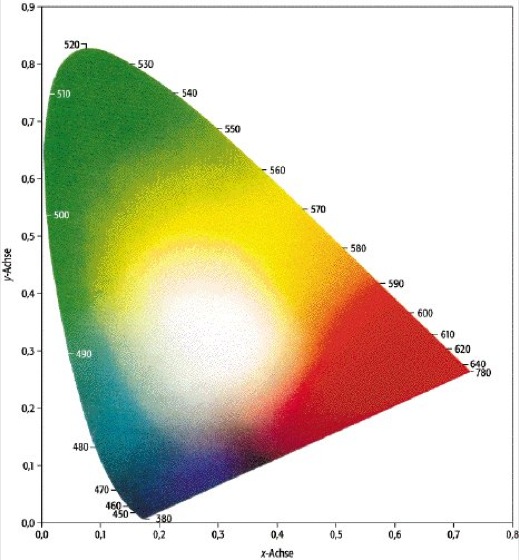 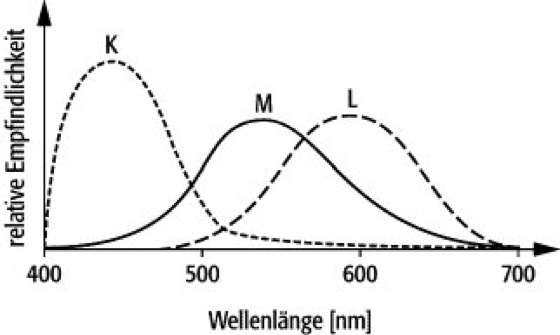 Color and color phenomena 4: Basic sensation curves of the cones in the human eye. 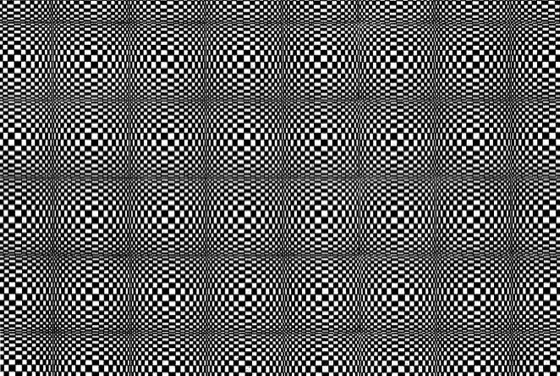 Color and color appearance 6: Fechnerian colors are created by scanning the image with the eye. 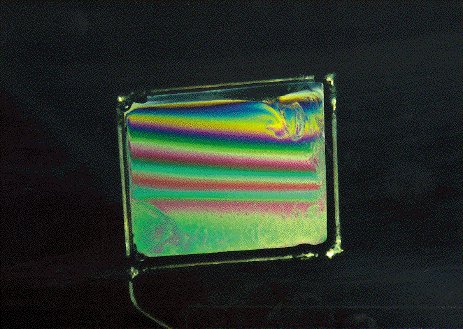