MySpace, ICQ or StudiVZ - they all experienced a classic phenomenon on the Internet. First the young users migrated, then the rest of the users followed and then the platforms sank into insignificance. And yes: the same thing is currently happening to Facebook. If you want to say "But Instagram ...", you should read this article to the end.

In fact, Facebook has learned from the mistakes of its predecessors. With WhatsApp and Instagram, the group has bought two platforms that catch the young people who have migrated. According to a study by the Medienpädagogischer Forschungsverbund Südwest, in which boys and girls aged 12 to 19 from Germany were asked about their favorite Internet offerings, Facebook has lost a lot of its popularity, but Instagram has increased. But that can only slow down the inevitable. 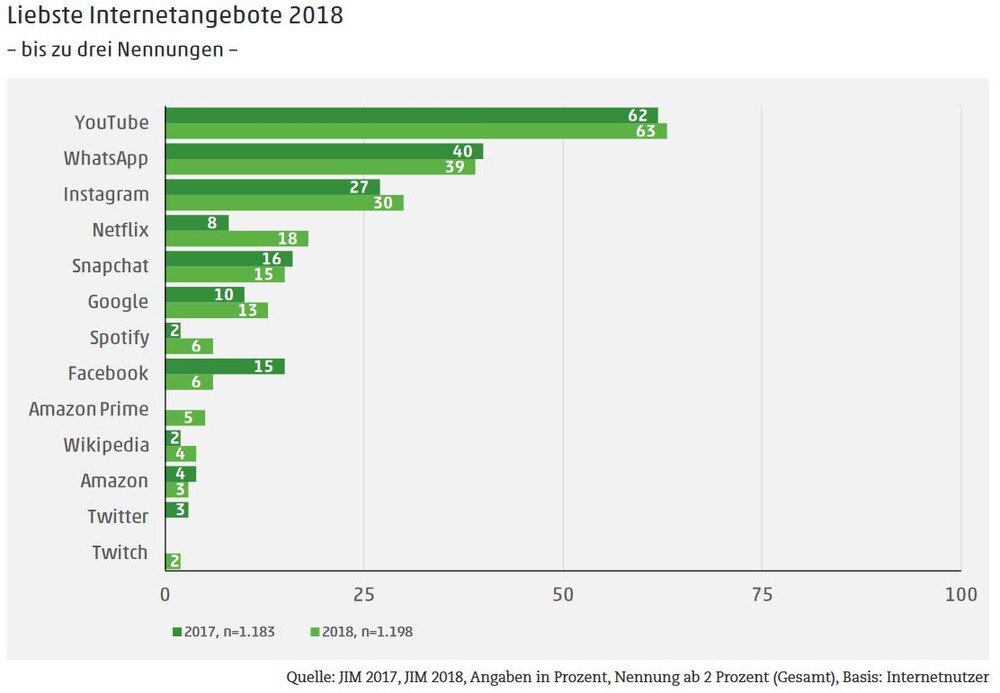 Because Instagram, which now has over a billion users, is likely to generate an estimated 6.84 advertising dollars per user (ARPU = Average Revenue Per User) in 2018 (total advertising revenue according to Statista for 2018: 6.84 billion dollars). According to the annual reports, all Facebook platforms generated an average of $ 6.09 per Facebook user in the past quarter. Instagram and Co are included in sales - but not for users. 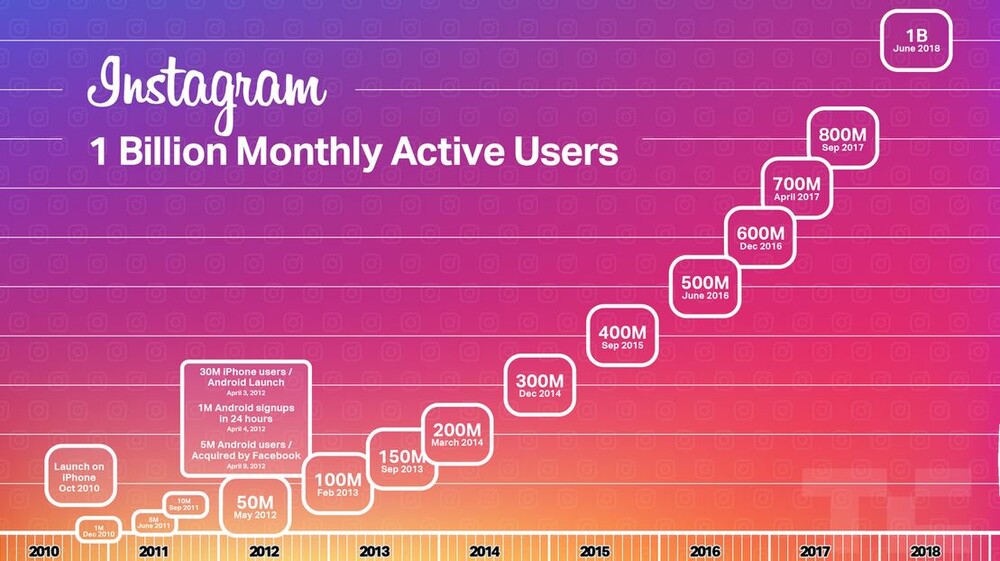 It is interesting how Facebook adapts the calculation basis of its key figures at will and thus artificially inflates it. Calculated for 2018, according to the Facebook calculation, the ARPU with total group sales of 55.29 billion dollars and an estimated 2.3 billion Facebook users at the end of the year would be around 24.04 dollars.

From the Facebook SEC filing:"While ARPU includes all sources of revenue, the number of MAUs used in this calculation only includes users of Facebook and Messenger as described in the definition of MAU above."

If the probable assumption is made that WhatsApp hardly contributes any revenues and if the Instagram revenues are factored out, Facebook revenues for an average of one of the 2.3 billion Facebook users should be $ 21.06 in 2018.

$ 21.06 is a bit off the $ 24.04 that the company should calculate in its quarterly reports. But what really matters is the gap of $ 21.06 to the $ 6.84 that Instagram should redeem. This massive gap shows how much difference there is between Facebook and Instagram in terms of revenue power.

The end of a growth stock

The only crucial question now is: Can Instagram grow so rapidly that the flagging growth of the main platform is offset? THE SHAREHOLDER is not convinced of this - and neither is the Facebook leadership, as they have been trying to dampen the growth expectations of investors for several quarters.

The big problem: Instagram will not grow even faster in the future and the weakening user trend in the economically important countries is likely to accelerate on Facebook. If these two trends drift further apart, it should be clear what is blooming: weaker growth from year to year. 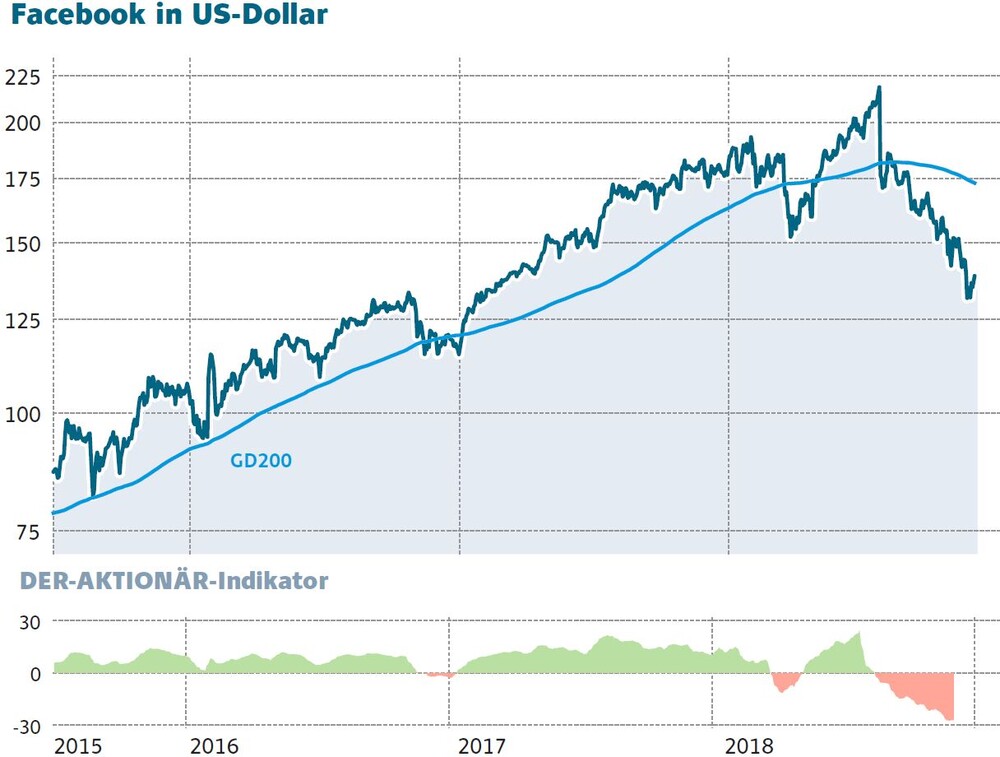 THE SHAREHOLDER says: The days for Facebook as a growth share are numbered. This is what the chart shows, what the balance sheet shows, and what management says. The stock needs to be re-rated. The fact that Facebook, like its predecessors, will almost completely disappear from the scene, may be conceivable for the platform in the next few years, but certainly not for the group thanks to Instagram and WhatsApp.

Facebook has come under fire. Bots, trolls and fake news are synonyms for the group's problems. Since Brexit and Trump at the latest, users have viewed the range and the algorithms with suspicion. One of them: Roger McNamee. Once proud to be one of the first Facebook investors, the financier and tech expert has now become a sharp critic. In his book he settles accounts with Mark Zuckerberg and Sheryl Sandberg. In his opinion, your reaction to the abuse of the social network is completely inadequate and misses the core of the problem: the threat to our basic democratic order. “The Facebook danger” is a wake-up call that cannot be ignored - for Silicon Valley, for politics, for all of us.