The cozy purring of a house cat is a sound familiar to many people. The listening impression is reminiscent of a sustained, gently rolling "rrr"; however, the sound and volume of the individual animals can vary significantly. Cats manage to purr evenly for many minutes on both inhalation and exhalation; during the reversal of the air flow, the sound formation is only interrupted very briefly. The difference in sound between the purring when breathing in and when breathing out is usually well perceptible to the human ear as well.

The utterance is accompanied by a palpable vibration of the body surface, especially on the neck in the area of ​​the larynx and on the chest; even with very quiet purring, these vibrations can usually still be felt. So far there have been different theories about which organs and physiological processes produce the characteristic sound. According to this, in addition to the vocal cords, the pocket cords, the diaphragm or the soft palate, among other things, should be significantly involved.

In order to clarify this question, we recorded purrs of ten domestic cats of different ages and the associated vibration of the body surface in different body regions as well as at different distances from the body in one and two channels and evaluated these recordings with various methods; We also analyzed single-channel tape recordings of the purrs of other domestic cats and some wild cat species.

According to this, the fundamental tone of the purr is about 26 Hertz on average and is 2.4 Hertz higher when exhaling than when inhaling. (For comparison: the lowest tones generated in the human vocal apparatus are around 43 Hertz.) The larynx also vibrates at this basic frequency, without interruption during the transition between the two breathing phases.

Interestingly, there was no correlation whatsoever between the frequency of the fundamental tone and the size or weight of the cats examined. In an animal whose purring we were able to record repeatedly from the third month of life to the age of three, the keynote remained practically unchanged. In this respect, too, purring differs significantly from other mammalian vocalizations.

Cats can also make other sounds while they are purring, especially when they are exhaling. In this case, a mixed sound arises with different relative characteristics of the sound types involved. Even if the purring component is barely audible, an amplitude modulation of approximately 26 Hertz can be achieved. prove.

This finding supports the assumption that the purring - unlike the usual sound forms of mammals - is not caused solely by the vocal fold movements in the interplay between vocal fold tension and blowing pressure.It is apparently based, like the accompanying vibration, in part on a periodic modulation of the airflow controlled by the central nervous system the larynx muscles ("Journal of Zoology", Volume 223, 1991, pages 67 to 78). The vocalization probably occurs when the vocal folds open abruptly.

In addition to the fundamental tone, the purring contains overtones that are weaker, but still have a significant impact on the auditory impression (picture). Their intensity usually decreases with increasing frequency. The inhaling purr not only has the deeper fundamental tone, but is also more intense and richer in overtones than the exhaling one, which causes the different auditory impression.

The preoccupation with the purr also raises the question of its meaning. According to popular belief, it is an expression of well-being. This is certainly true for a number of situations, but it does not cover the full range of meanings.

Young cats master the characteristic sound very soon after birth and can also produce it while they are suckling and drinking from a teat. Often the mother and young purr at the same time when suckling in the litter box. The animals mostly have body contact, so that the vibration probably also acts as a tangible signal.

Purring in such a situation certainly expresses well-being according to the general idea, but at the same time the mother cat and young seem to signal to each other that everything is in order: the young are adequately cared for and warmed and protected from external threats. In this original functional context, the low intensity of the purring (with normal expression it can hardly be heard from a distance of more than three meters) can be interpreted as an adaptation of the phylogenetic history, which protects the purring animals from being discovered by predators.

There are, however, certain observations. that sometimes seriously injured cats or females purr during labor - hardly any circumstances under which the animal feels comfortable. Possibly the purring serves to calm oneself or as a sound of appeasement towards the approaching person, expressed in human terms roughly with the meaning "do nothing to me, I do nothing to you".

Likewise, the question of whether all types of cats can purr has not yet been finally clarified. According to the prevailing opinion, lions, tigers, jaguars, leopards and snow leopards are not capable of this, but there are always contrary reports in the specialist literature. Only the precise evaluation of tape recordings will bring clarity here. Only if the utterance corresponds in all essential characteristics to the purring of the house cat, one should use the same term for it.

On the other hand, purring isn't limited to the cat family. It was also proven in genet cats, which belong to the crawling cats. It may even be found in other groups of mammals; for sounds called "purring" have been described, for example, in South American marmosets and some New World rodents. Here, too, detailed investigations must show whether the sound type is really the same as that of the small cats. 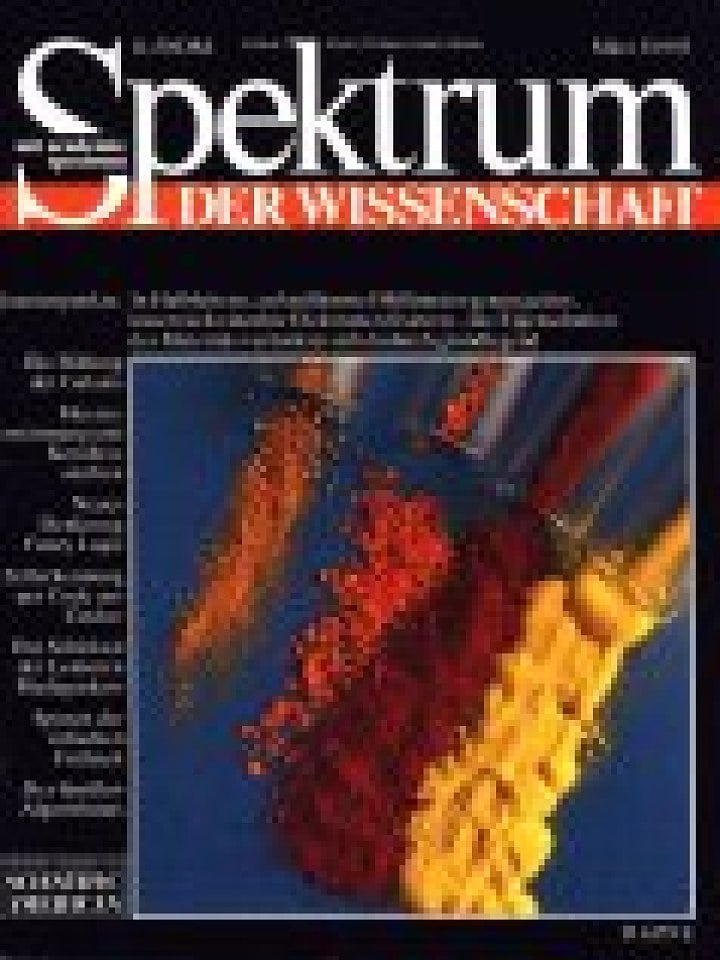 This article is contained in Spectrum of Science 3/1993